Introducing “A World Without Ag Wednesdays”, where I highlight something that we wouldn’t have if it weren’t for agriculture. Be sure to check every Wednesday for a new feature!

This week’s feature is confetti. Quite appropriate, since in just a few hours, over a ton of it will pour down on hoards of people in Times Square as the clock strikes midnight. You may have asked questions like, “How do they clean up all that mess?” (the answer to that is over 150 people work to clean it up by 8am the next morning), or thought, “Wow! The rainbow of paper sure is pretty!” Have you ever thought, though, “What would New Year’s Eve look like without confetti?” 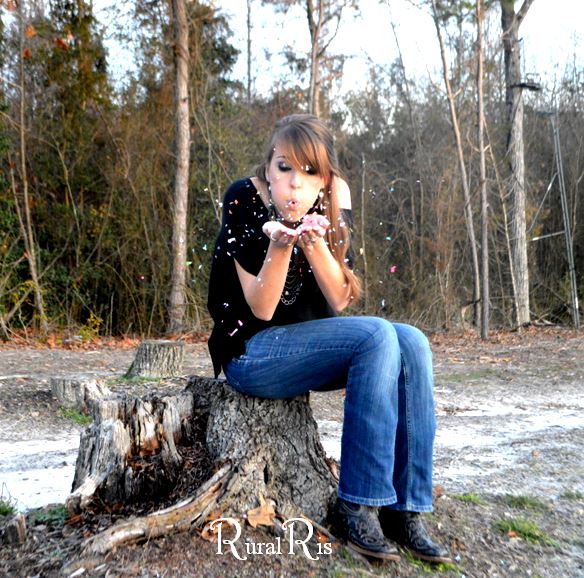 Well, if it wasn’t for agriculture, we wouldn’t have confetti or the beautiful display on New Year’s Eve (maybe the cleanup crews would like that). You see, confetti is made from paper, and as many of us well know, paper comes from trees. Yes, trees are a part of agriculture too. In fact, it has its own fancy name, called silviculture. Silviculture comes from the word silvics–the knowledge of how trees grow, reproduce,  respond to changes in the environment, seeding requirements, and location (WVU Extension Service). Pretty neat, huh?

Here are some fun statistics for you:

For me, the whole timber industry hits close to home. My grandfather recently harvested his pine tree plot. He planted those trees when I was born. 20 years later, they were cut down, and the land is now being replanted with pecan trees. Who knows, maybe those pines are part of the confetti falling from Times Square.

So, when you count down to 2015 and watch all that confetti fall, remember to thank agriculture. Without ag, there wouldn’t be New Year’s confetti.