Another year has come and gone at the NC State Fair, but this year was different in many ways. I had to travel by air this time to get there thanks to living in a new zip code, but I was willing to do whatever it took to be there. I’m pretty sure hell would have to freeze over before I gave up State Fair. 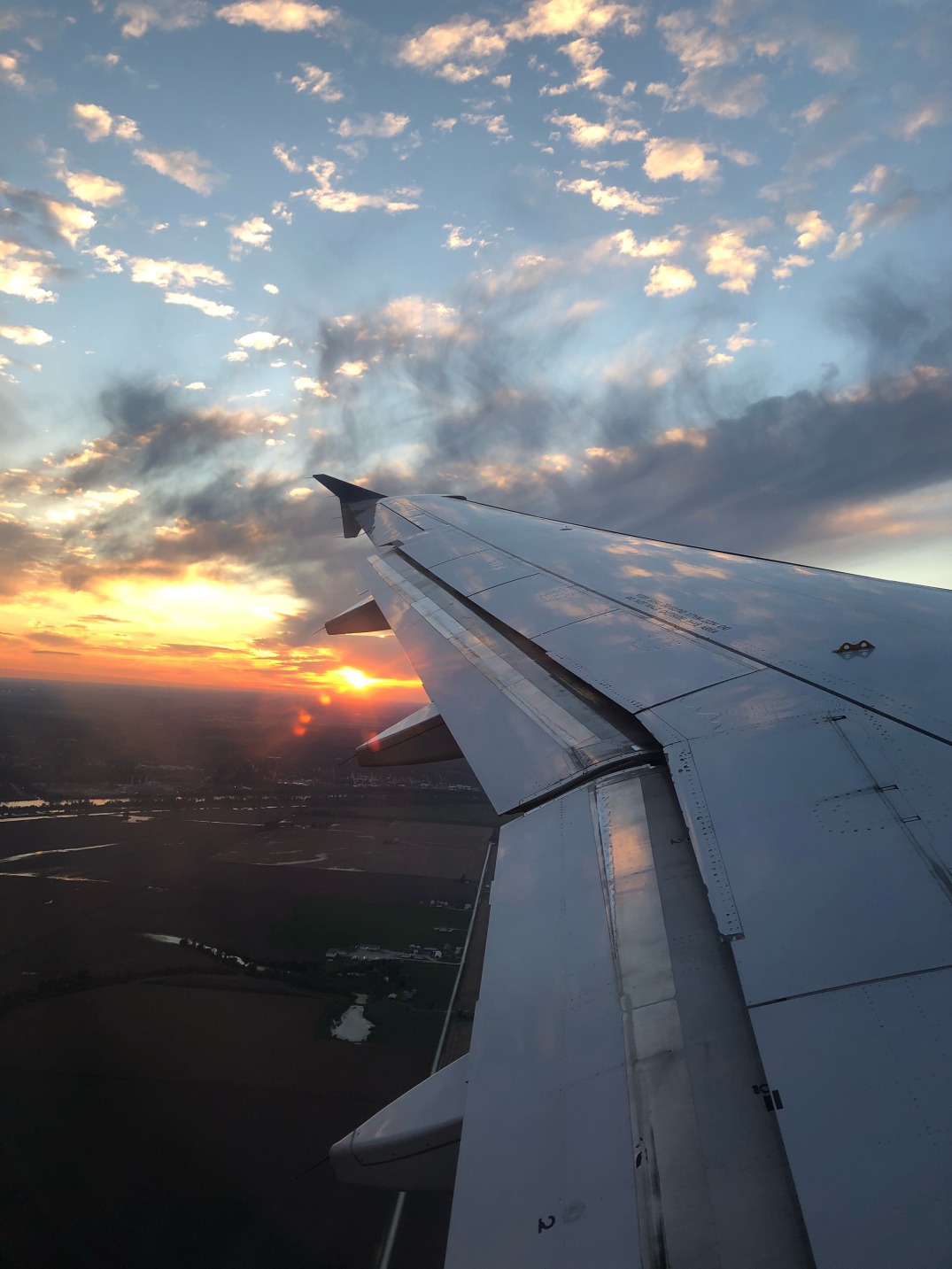 It was different in more than the airplane ride this year, though. This is the first year in 16 years of showing at the fair that the Lintons have not shown a goat at the fair. What?! There was a time that I never thought I’d say that. Granted, there was a time when I swore I’d never own a sheep. Here we are, bringing 18 of them to the fair. Never say never. This was also the first year that Alec didn’t show. Adulting, man…it’ll get you. He was able to join us after the sheep show to help us load sheep and eat fair food.

Yet another aspect that was different this year was that the fair closed the first day due to Hurricane Michael. Guess who had a flight scheduled to land that day? This girl. Thankfully, the storm had blown over by the time I arrived. Somehow, I managed to miss the five inches of snow Lincoln, NE got and the hurricane rains. I did bring fall temperatures with me (your welcome NC).

Anyway, there was a lot going on. Everything worked out, though. On Friday morning we headed to show Isaac and Gideon’s infamous pigs. The boys had a lot of difficulty with these pigs throughout the circuit shows, and it was killing me not to be there for them. Facetime and text updates were what I had to resort to. Aldo and Mack were stubborn and loved the rail (not a good combo for shows). The boys were nervous heading into showmanship drive, and to be frank, I was too. I felt like throwing up. Granted, this is normal for me when they are in the ring. I gave them a pep talk with a few pointers and in they went.

I could have screamed when Gideon got pulled for the final drive and was doing mental praise hands when Isaac did too. Our goal was final drive. Anything else was sprinkles. My nerves were still bad, though. Bad enough to give my friend and bridesmaid, Joanna, the finger. Not THE finger, but the “hang on/cannot deal right now” finger. Thankfully she totally understood and watched from the rail. Isaac ended up in the final 5 and did so good. Good enough that I was in tears (just think what it will be like with my own kids). While neither G nor I got a banner, they both ended up in top 6. They stuck with it, kept cool heads, and drove those pigs. I was dern proud.

The rest of the day was spent catching up with friends and running around taking people’s photos. Thank you to all who entrusted me with taking pics of your kids. You helped pay for my plane ticket to be there! 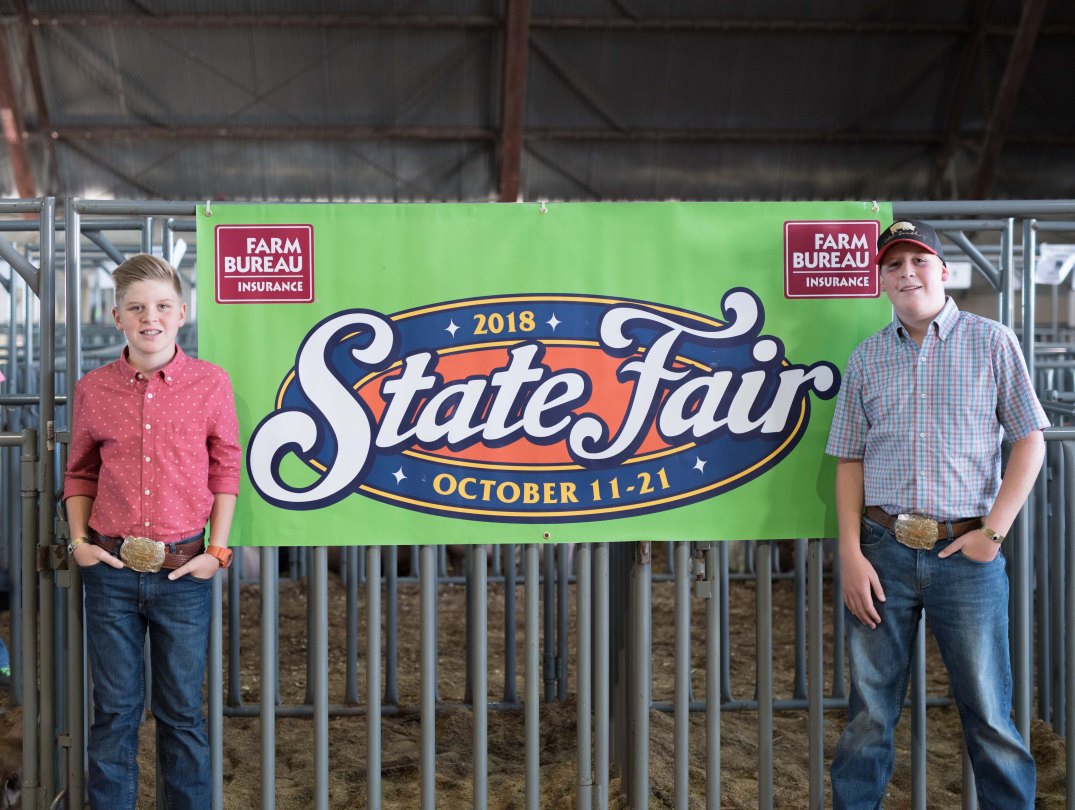 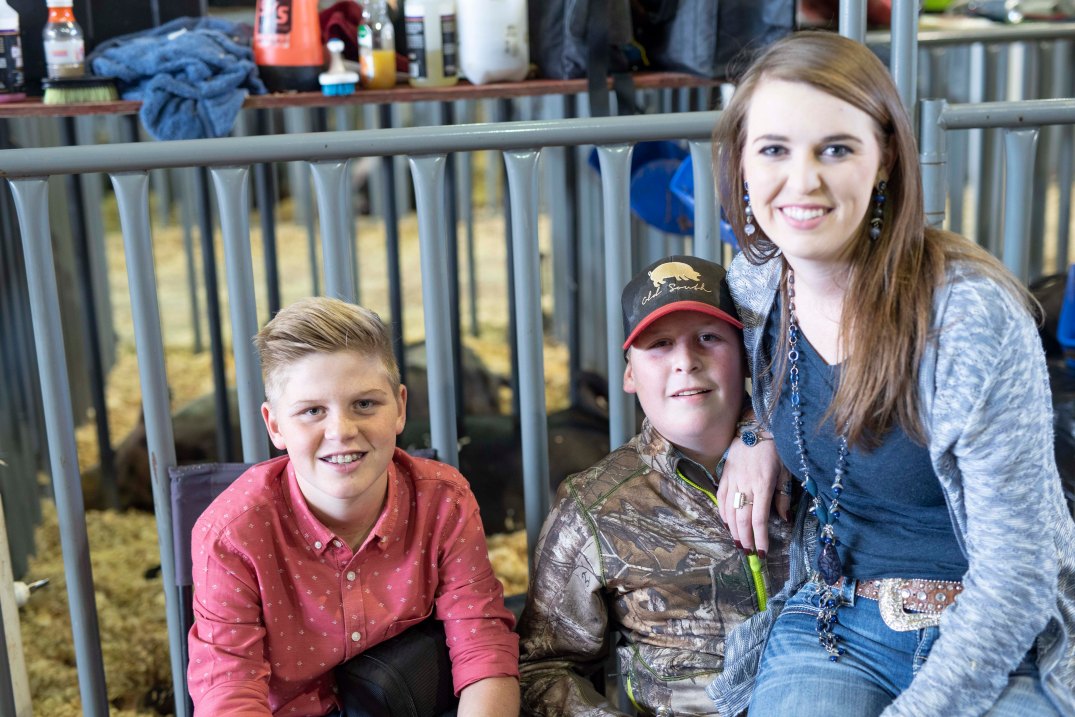 The day at the fair concluded with me showing in the performance hog show. Ya’ll,  I’ve been coaching the boys on showing pigs, but showing them yourself…man, I felt rusty. Nonetheless, I had a ball showing the barrow and ended up with a Reserve Champion Market Performance Hog for See Farms. My day was made complete with a trip to CookOut. They don’t have those in NE.

The second day at the fair was a bit different than the first, but it was still busy. My Fit Bit let me know that I achieved 8,000 steps that day. Instead of showing, I was on the job for the Sale of Champions. I helped check buyers in, took photographs, and videod the sale with my partner in crime, Emily. It was a record-breaking sale, bringing in $190,000, some of which goes to scholarships. It is always a ton of fun to work the Sale, and I often pinch myself that this is my job! Once the sale was complete and the truck loaded, Emily and I headed to the Golden Arches for dinner at 10 at night followed by a tour of her new apartment. I got home around midnight to get up the next morning for a sunrise engagement shoot for some friends. It was early, but amazing lighting and so much fun! 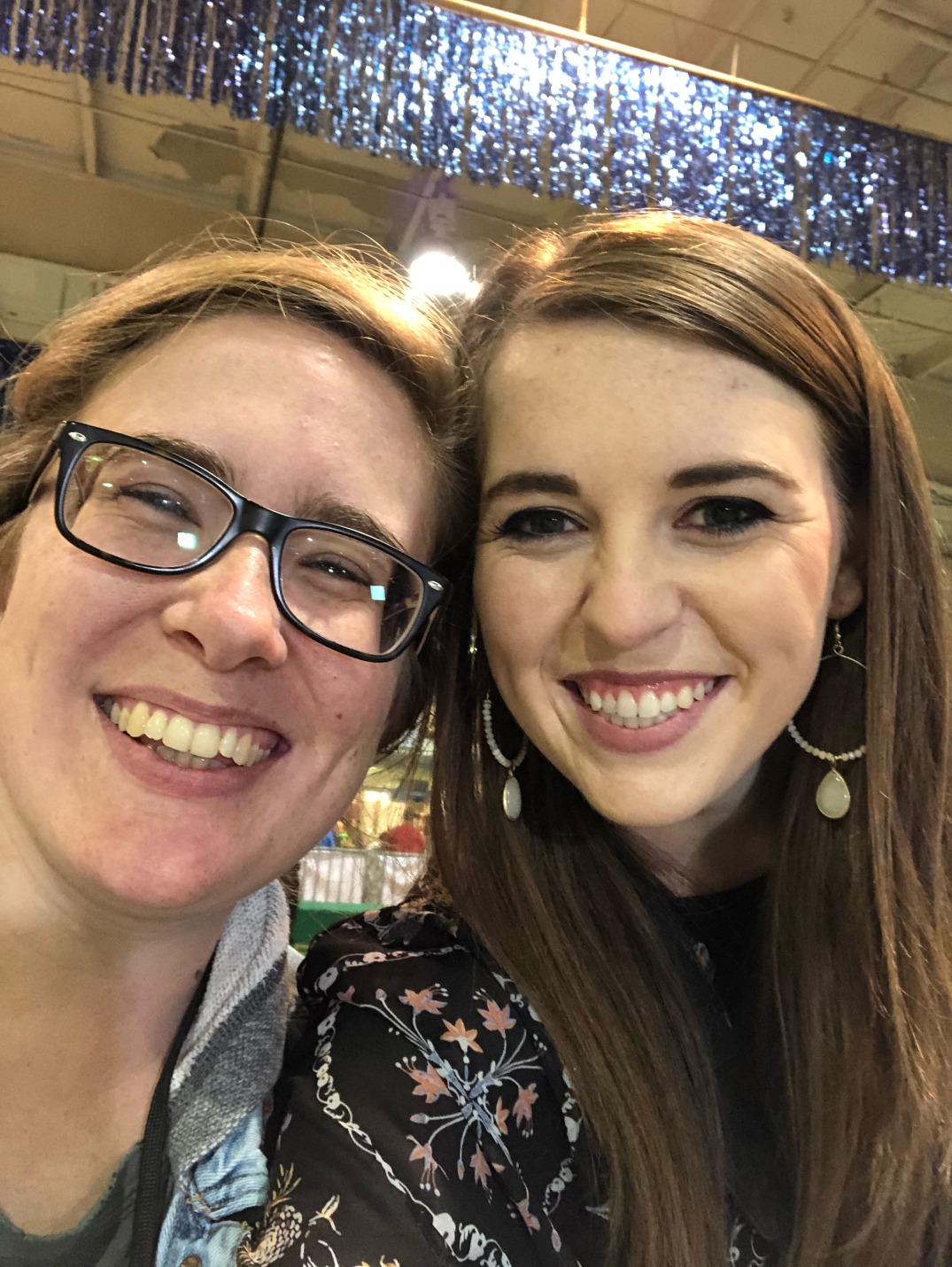 The next few days were spent washing and clipping 18 sheep. Let me tell you, this is no easy or speedy task. It took us a solid 2 ½ days to complete. The sheep, of course, despised us, but didn’t look like a hot mess for the show. One sheep, Cain, even did a flip in the air and landed in the mud—he got washed twice. Mom, grandma, Isaac, Gid, and I clipped until dark while Dad and Alec built a divider for the trailer. The guys also built a new sheep stand, that made much easier. Those nights, we didn’t eat until 8. 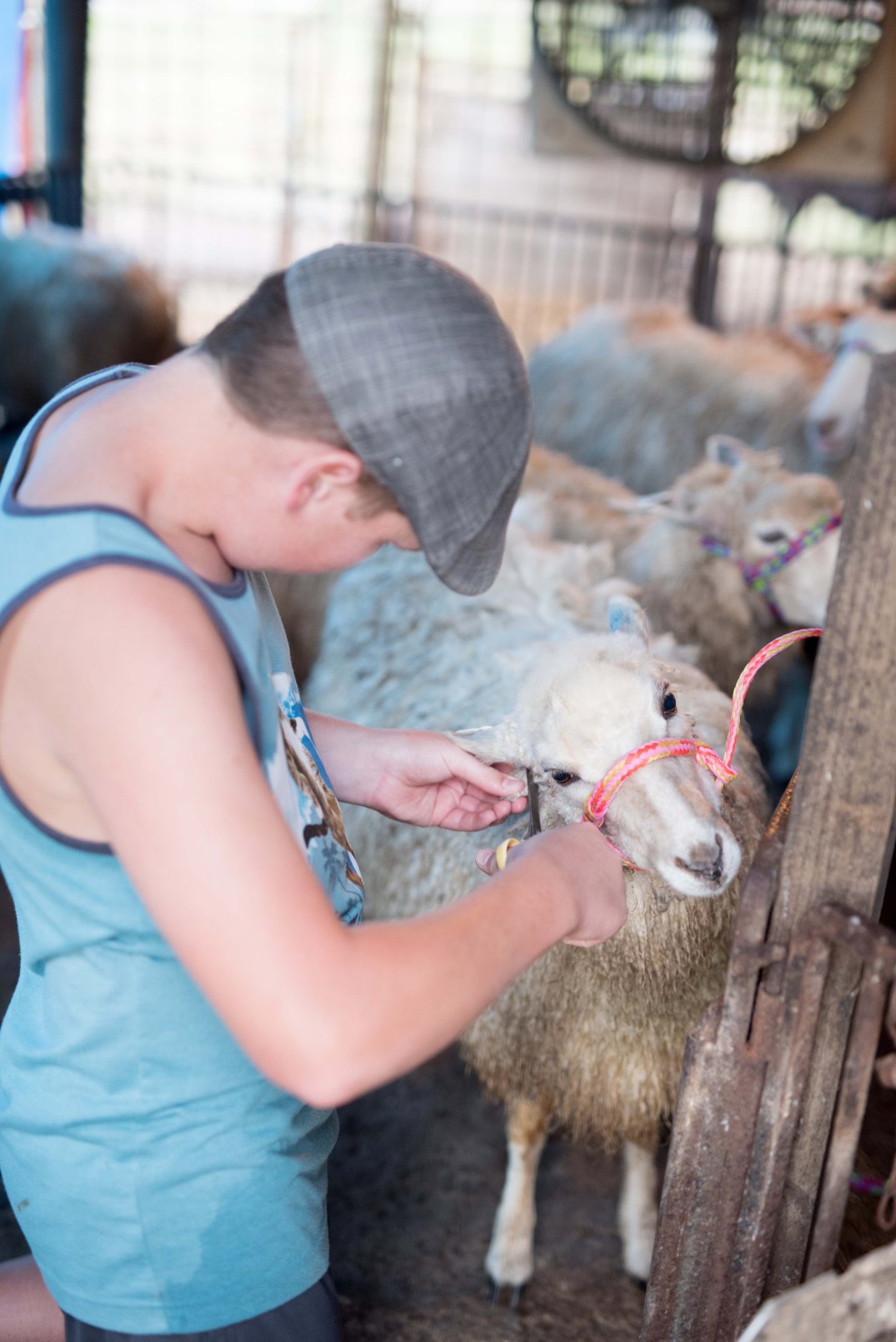 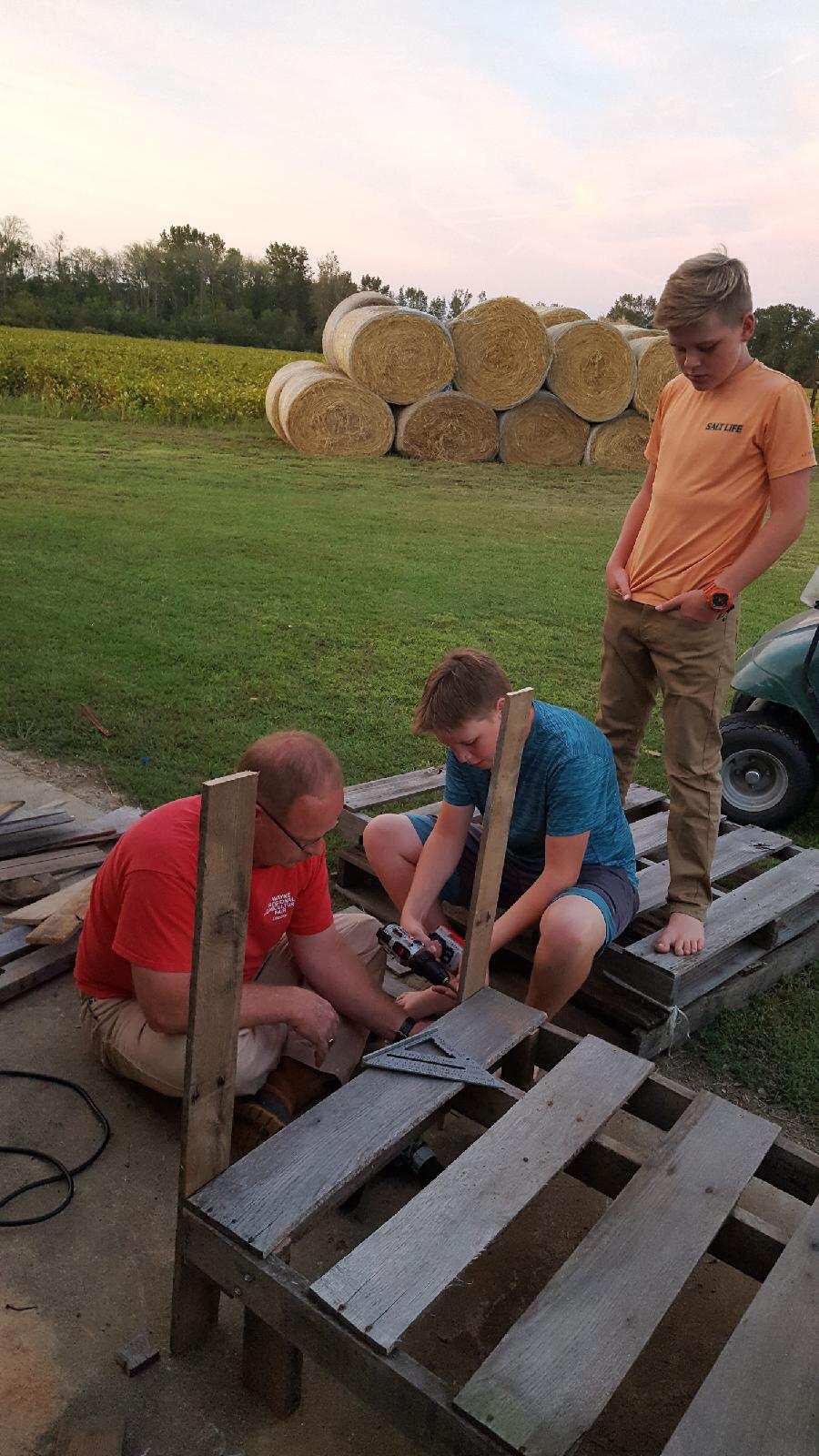 On Wednesday, Mom, the boys, and I loaded up the truck with all our feed and supplies and put all the sheep in the trailer. By the way, that is simple to write, but not simple to do. Catching sheep isn’t always a walk in the park. Thankfully, I have brothers who are excellent sheep wranglers.

We were off to the races…errr… show. The fair had decided to rearrange things a bit which meant no backing trailers for this girl. I approved of the new set-up. The vets were super helpful, and we got the 18 sheep checked-in in no time. After some last-minute touch-ups, we headed back home for some Brightleaf hot dogs (because you can’t get those in NE either), grabbed our bags, and headed back to Raleigh to stay in a hotel. The show was early, and we didn’t want to deal with morning traffic.

Sheep show day arrived. We were hopeful for many of our sheep, but also knew that it was a bigger show than years before, with new people. The next several hours went in a blur. While we brought 18 sheep, we showed many sheep more than once because they were entered in both the junior show and open show. All in all, we entered the ring around 50 different times! No, I’m not exaggerating. I just did the math. The boys didn’t show them all. I showed in the open show. Let me tell you…it’s weird having your name called Marisa See over the speaker phone…yet another difference this year. 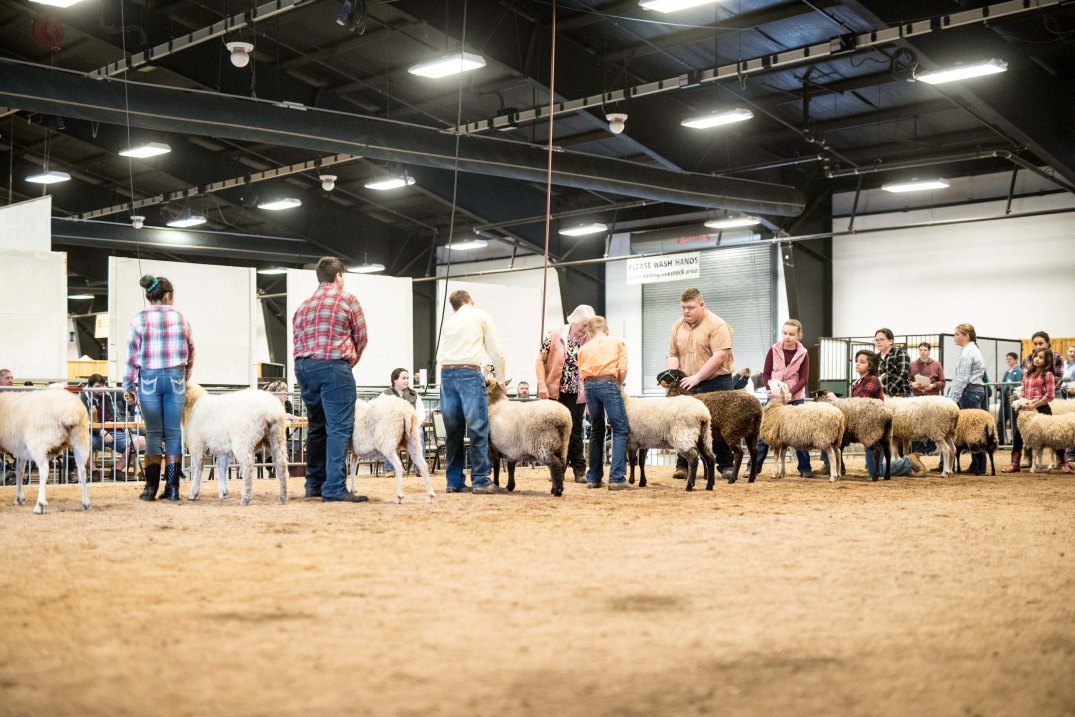 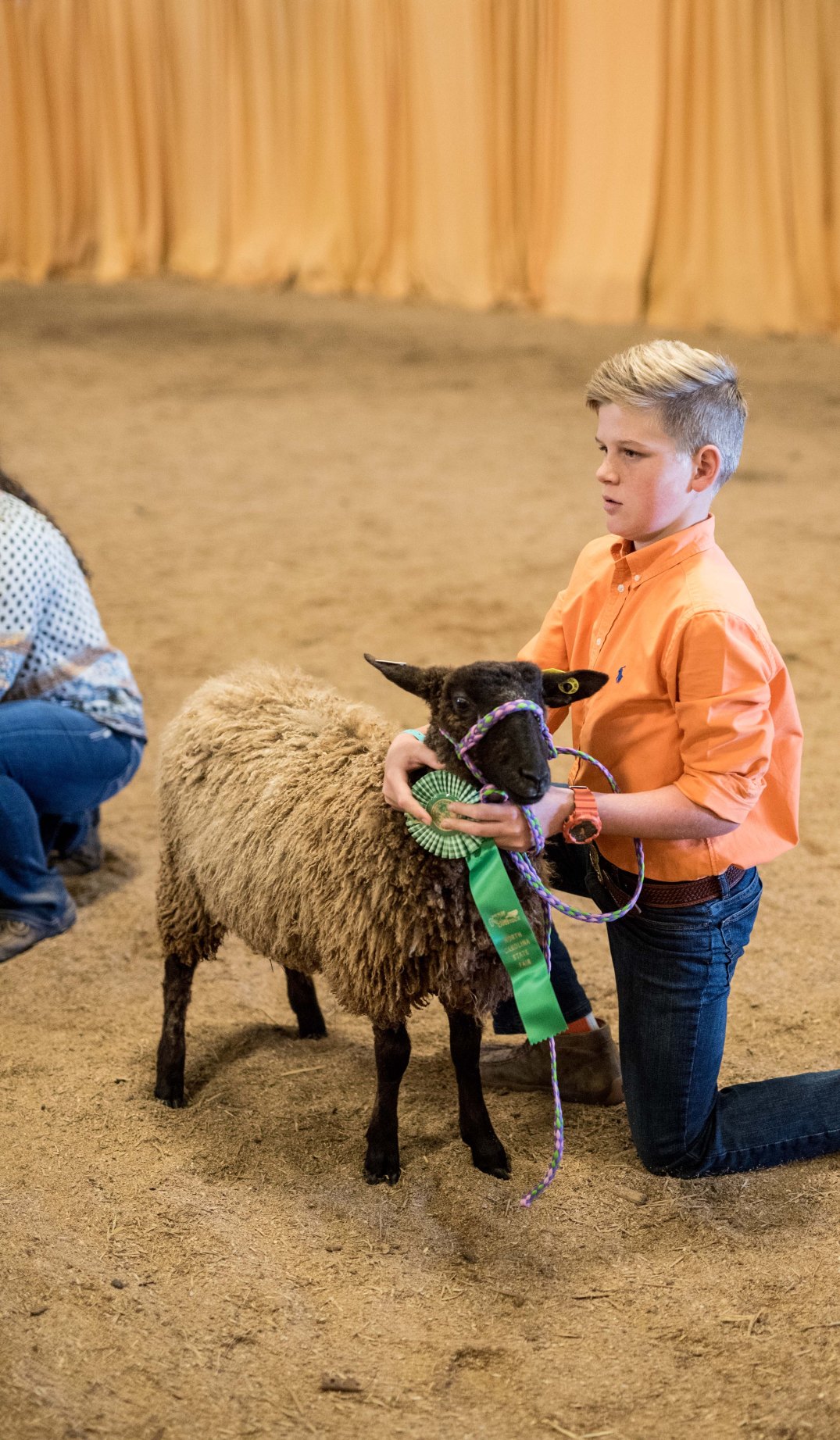 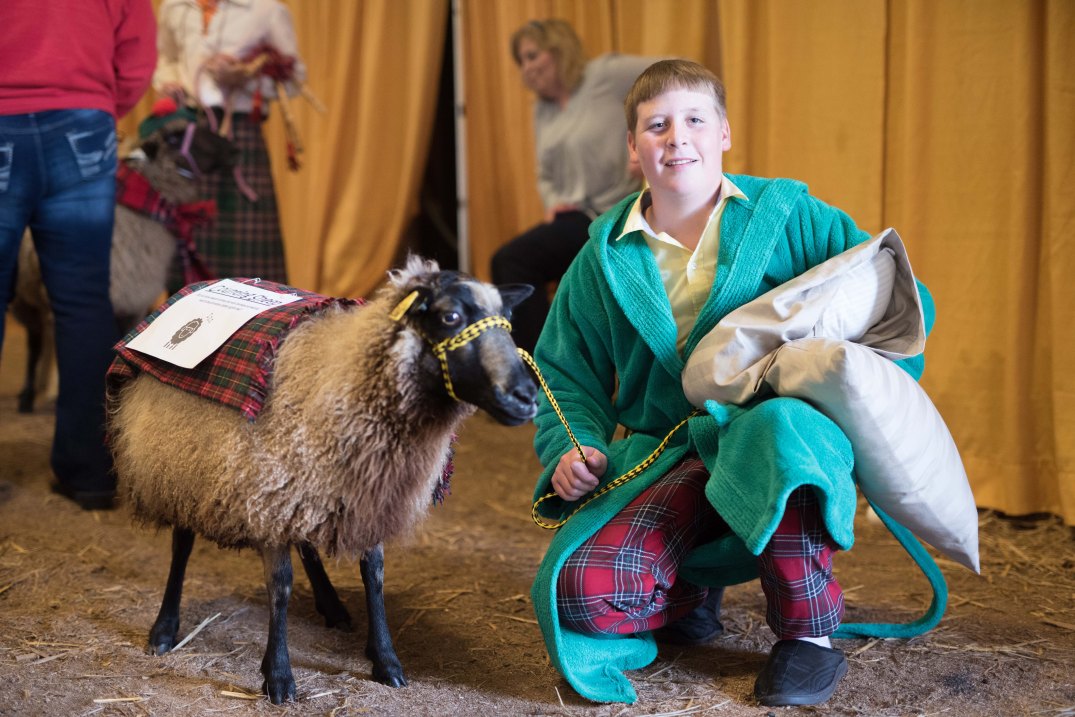 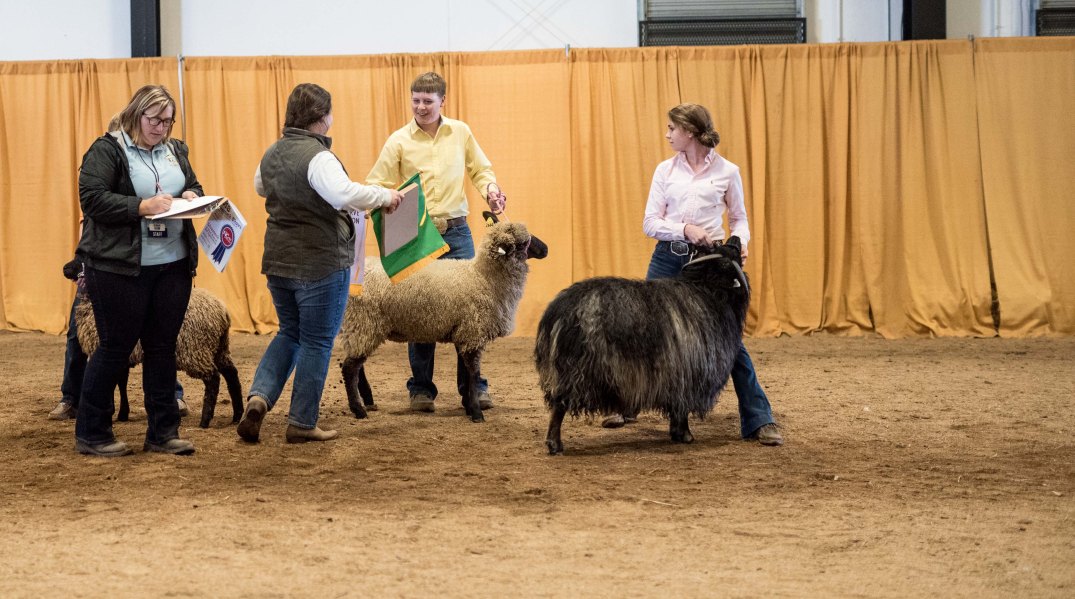 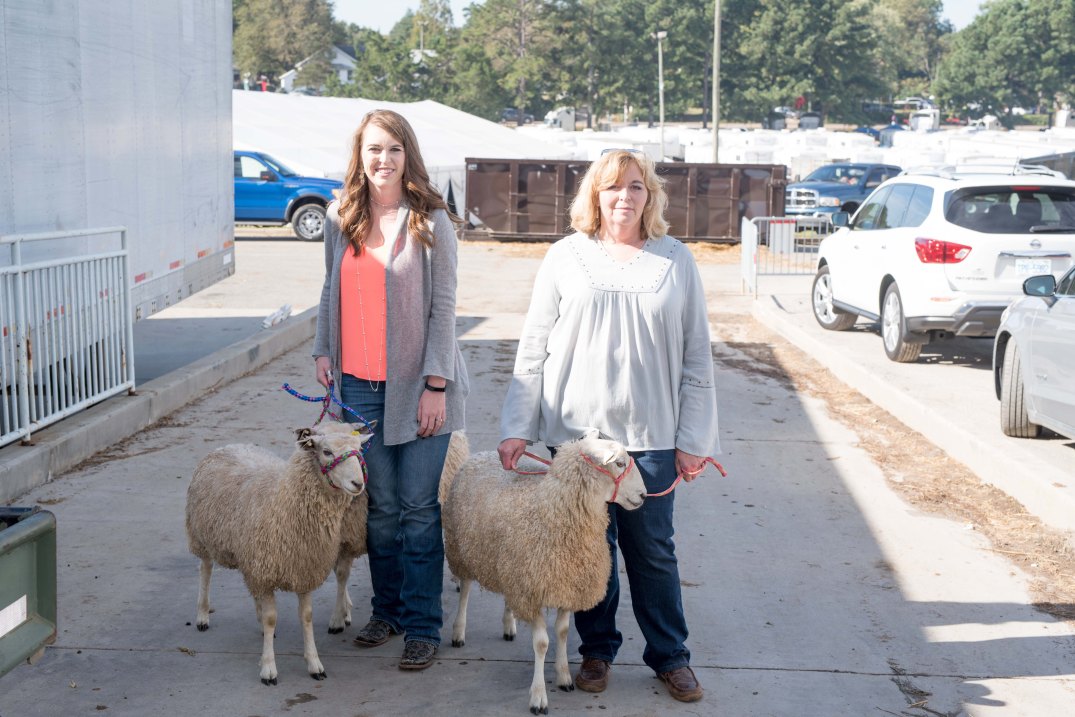 Ultimately, we couldn’t be more thrilled with how it all went. We came home with many top 3 in classes and a few champion banners! Our top honors included:

Gideon also came away with the Grand Champion Junior Showman and both boys placed in costume class. 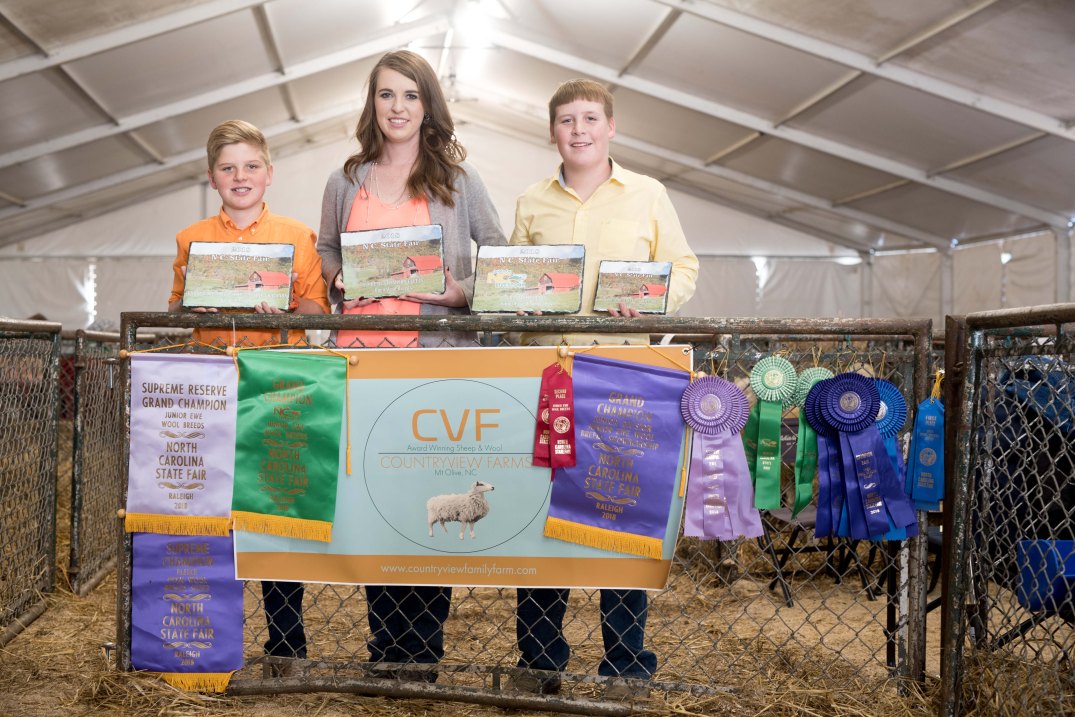 Each of the boys is attached to a certain sheep. It does my heart good to see them cheer on their sheep as much as I cheer on the boys. Isaac’s prize sheep is Astrid. While she didn’t win a banner, she did win top NC Born and Bred in her class. She is, and always will be Isaac’s Astrid. Gideon has bonded with Gus, our only natural born ram this year.  Well, Gid and Gus won not only their division, but took home the top honor of Grand Champion Fleece, beating out purebreds (we always get odd looks at our crosses, but we also get results) and people out of state. 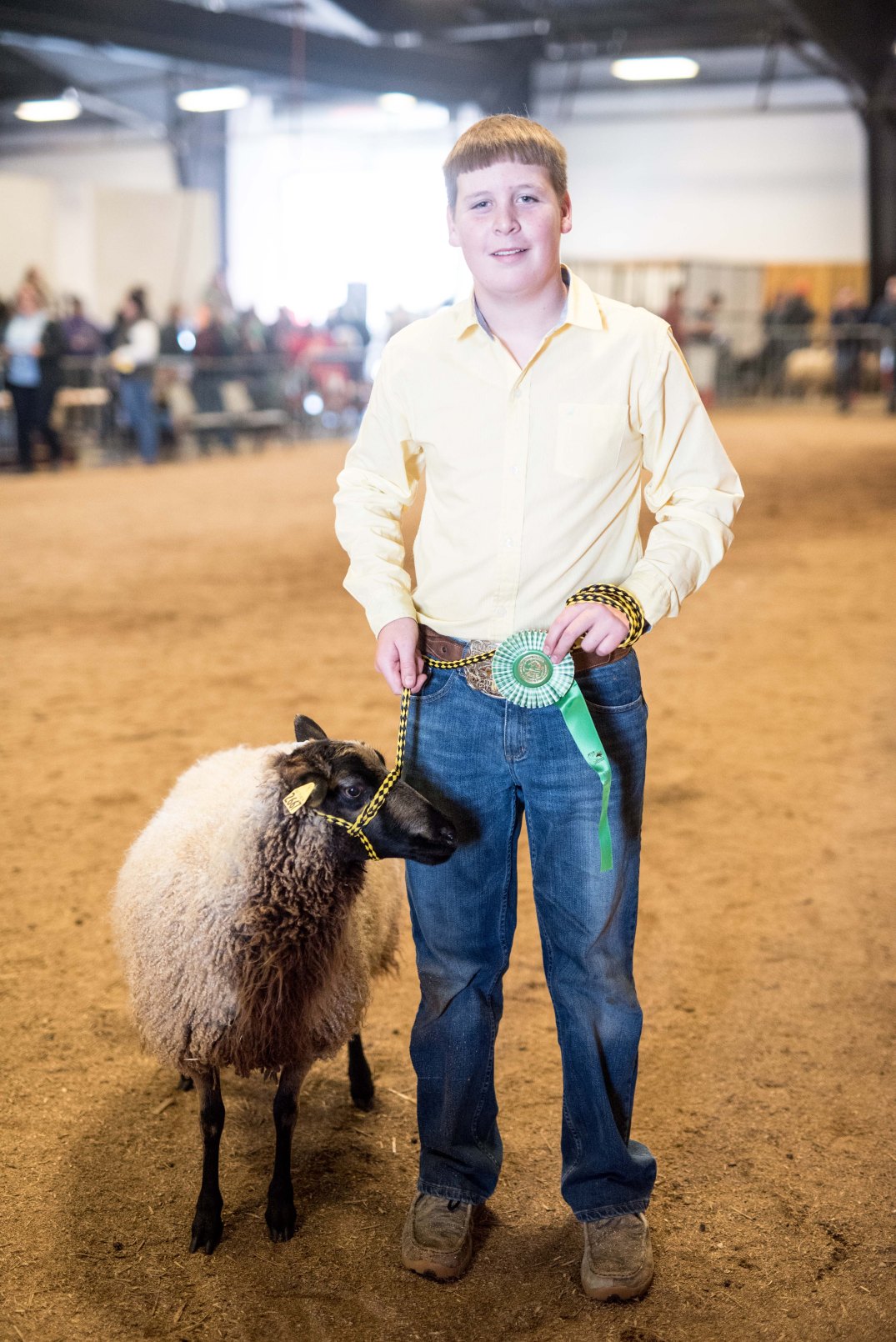 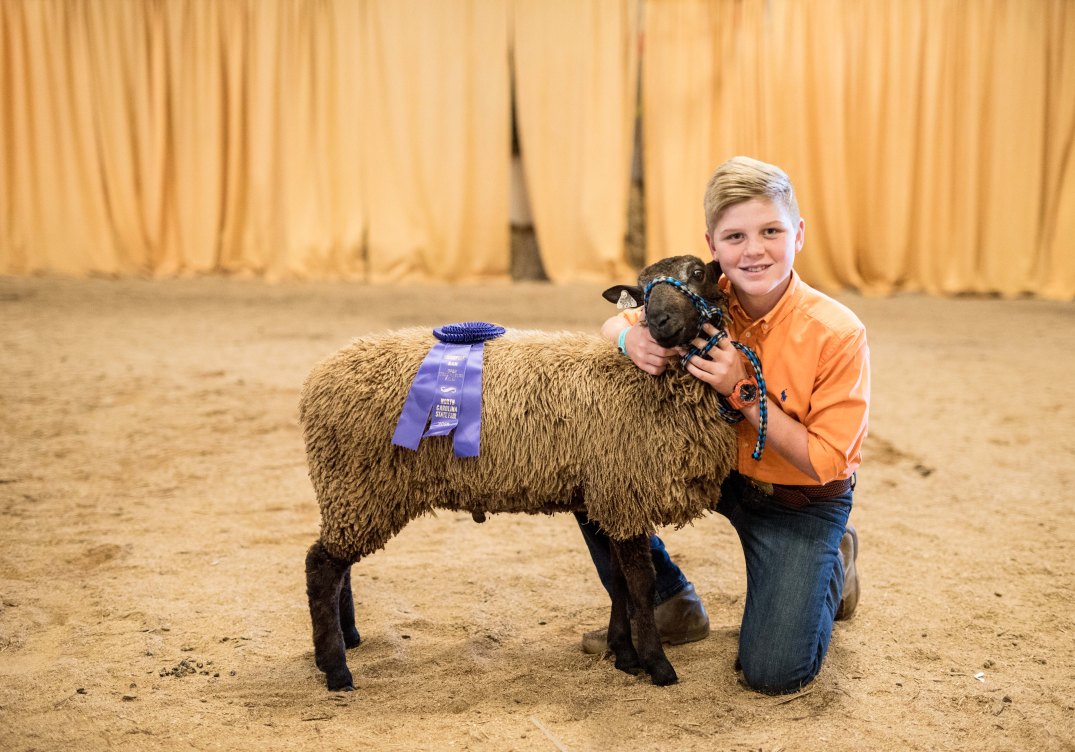 Alec was able to get off work early to meet us right as the show was ending. So, the whole family was able to head out on the fair to ride some rides (bumper cars and Ferris wheel being my only rides), and eating all our favorite food. 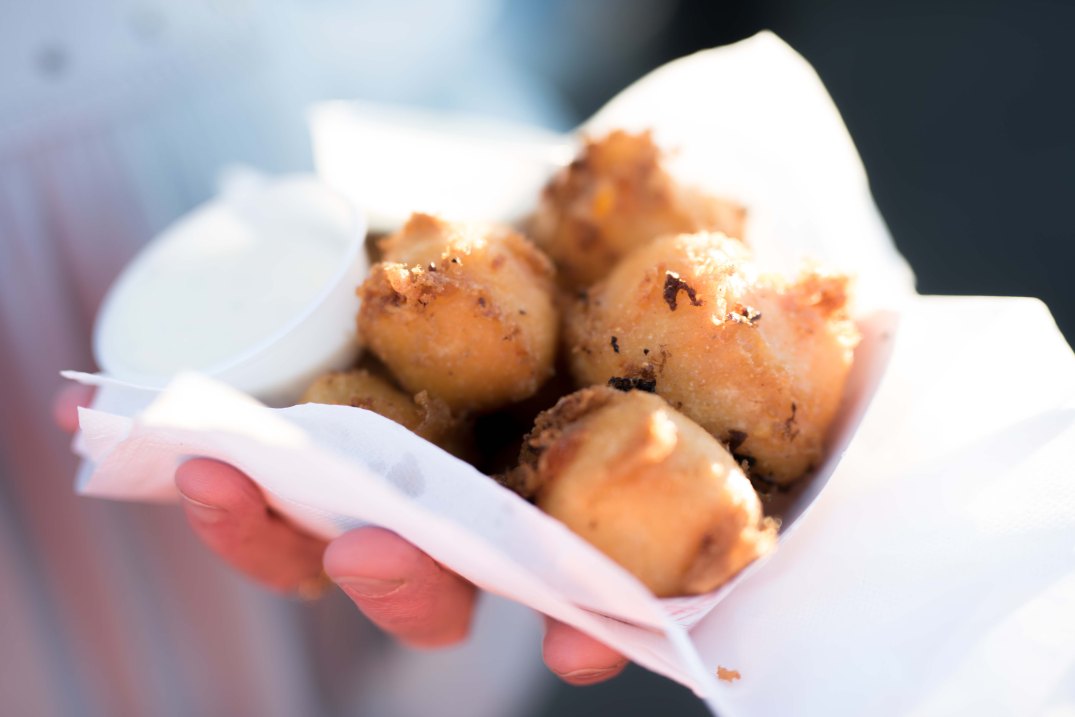 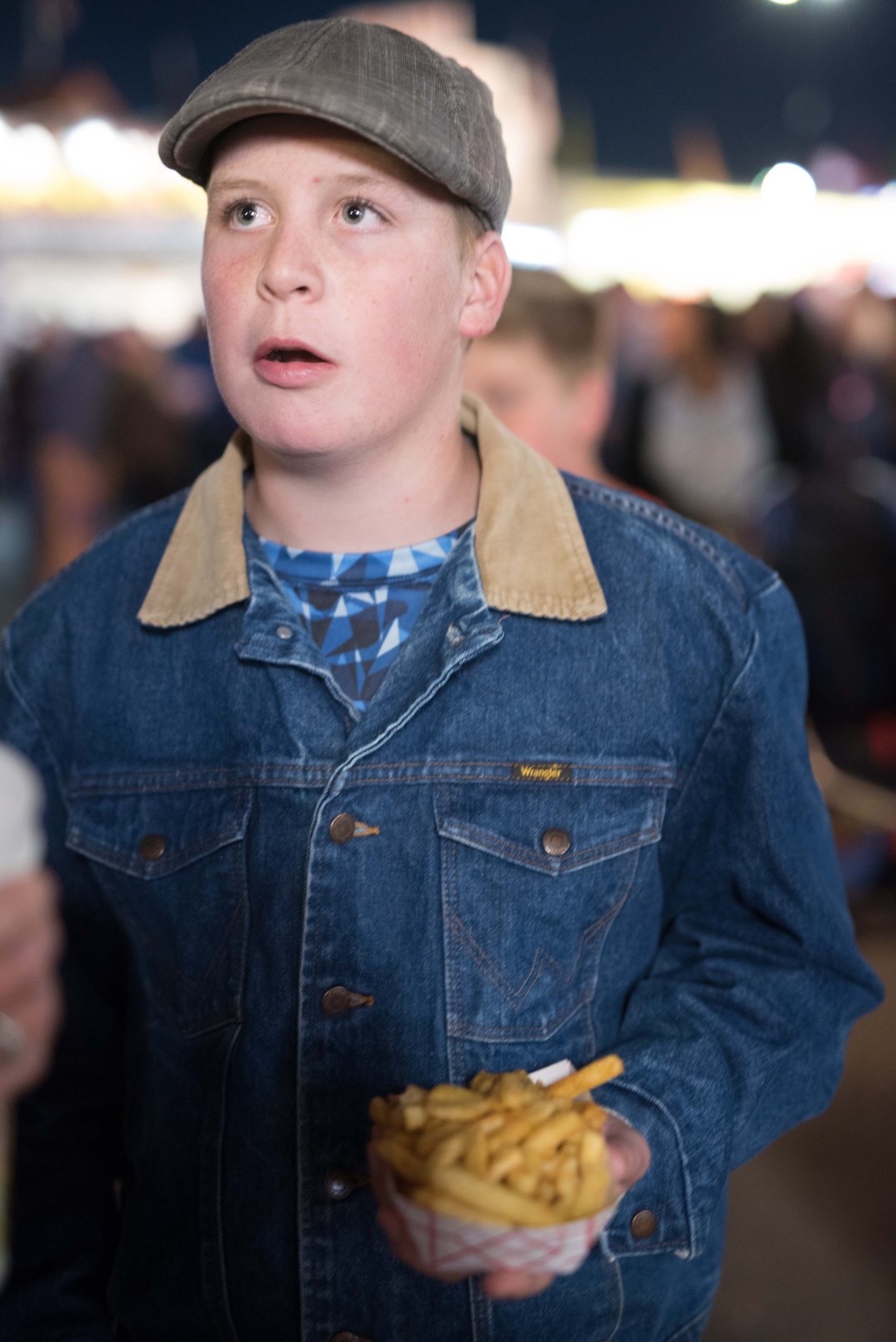 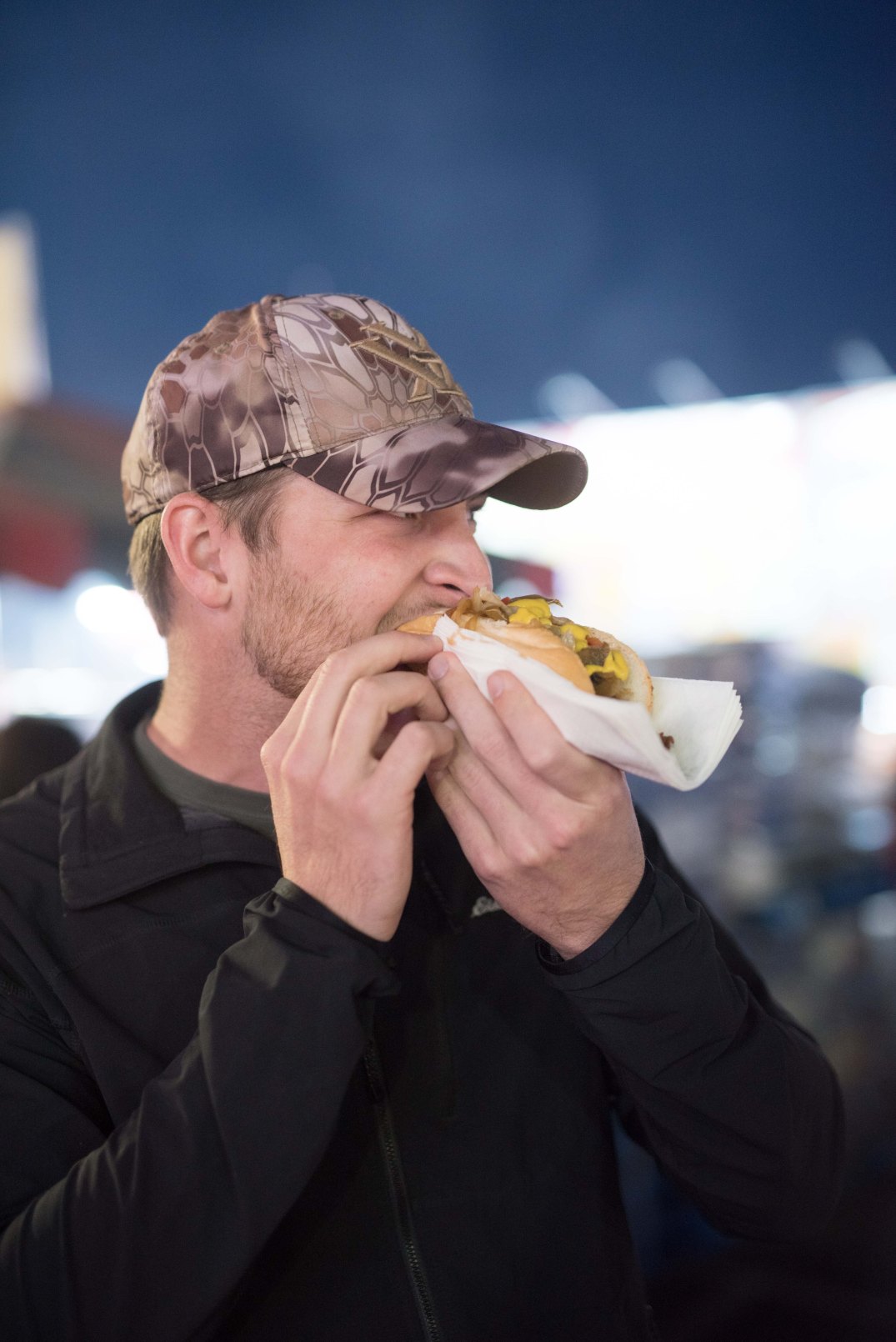 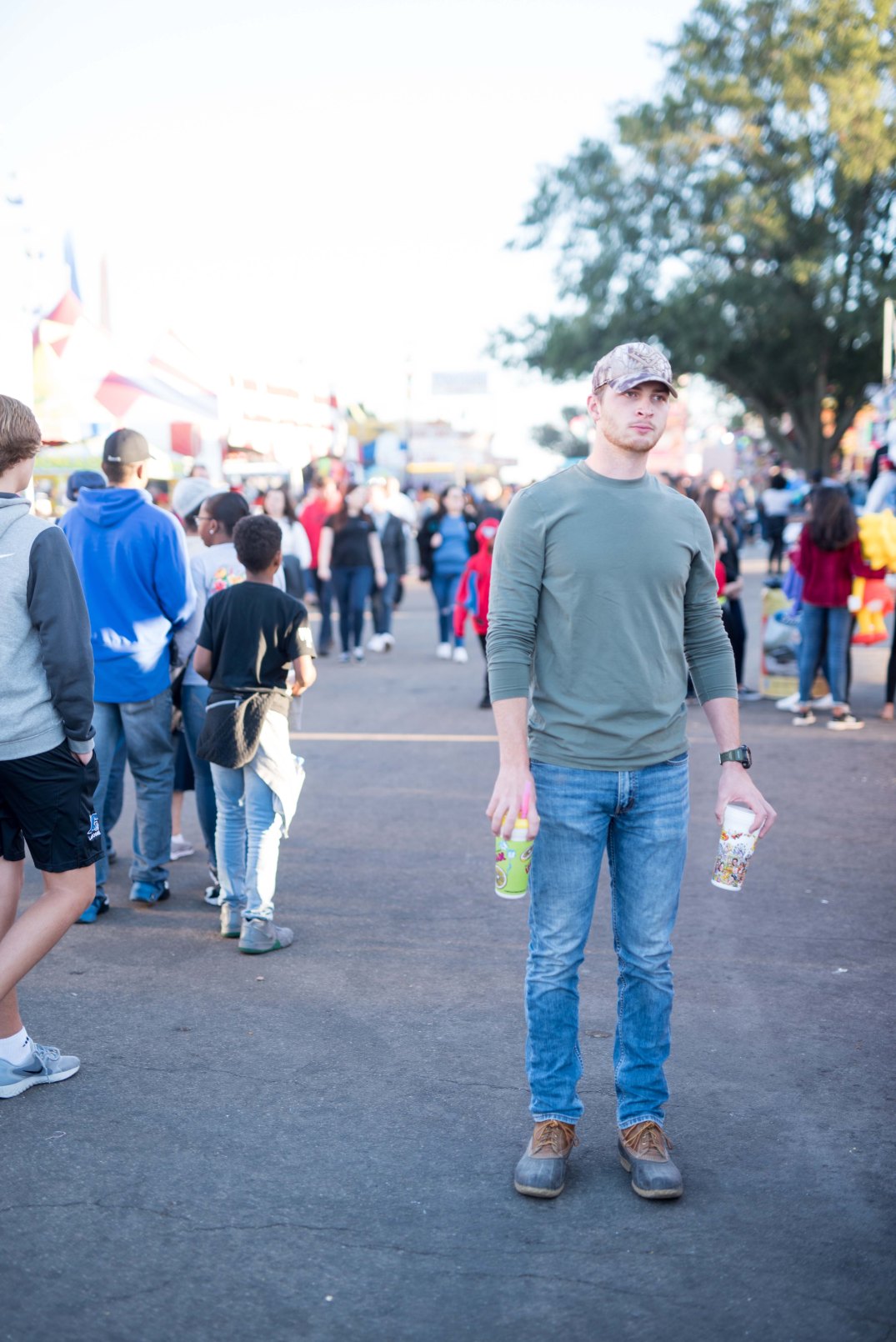 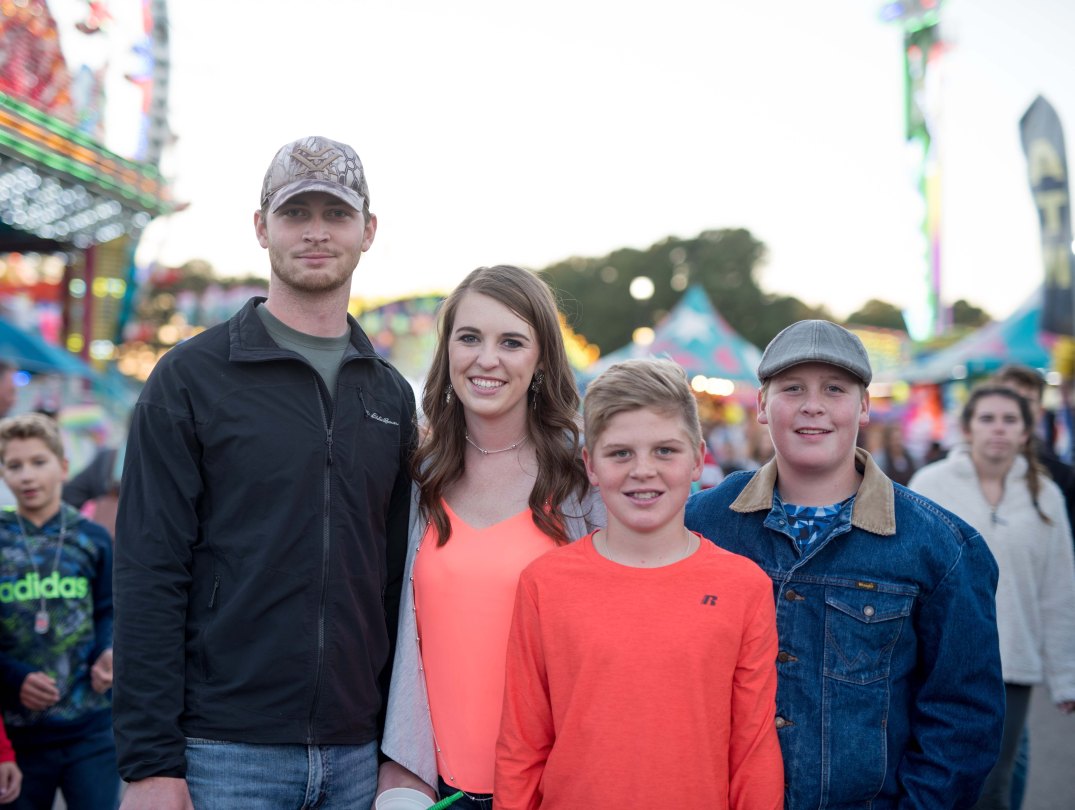 It was a wonderful day! We packed up by 9, and headed home. I caught a flight the next morning at 10am back to NE. I now sit here in between the classes I teach, reminiscing on the 2018 NC State Fair and time with family and friends. While I wish I were back to be with them, I’m also happy to be back with my husband who had to lead a bachelor life while I was gone and deal with the very needy and moody Callie Cat. This was also our first state fair not together. 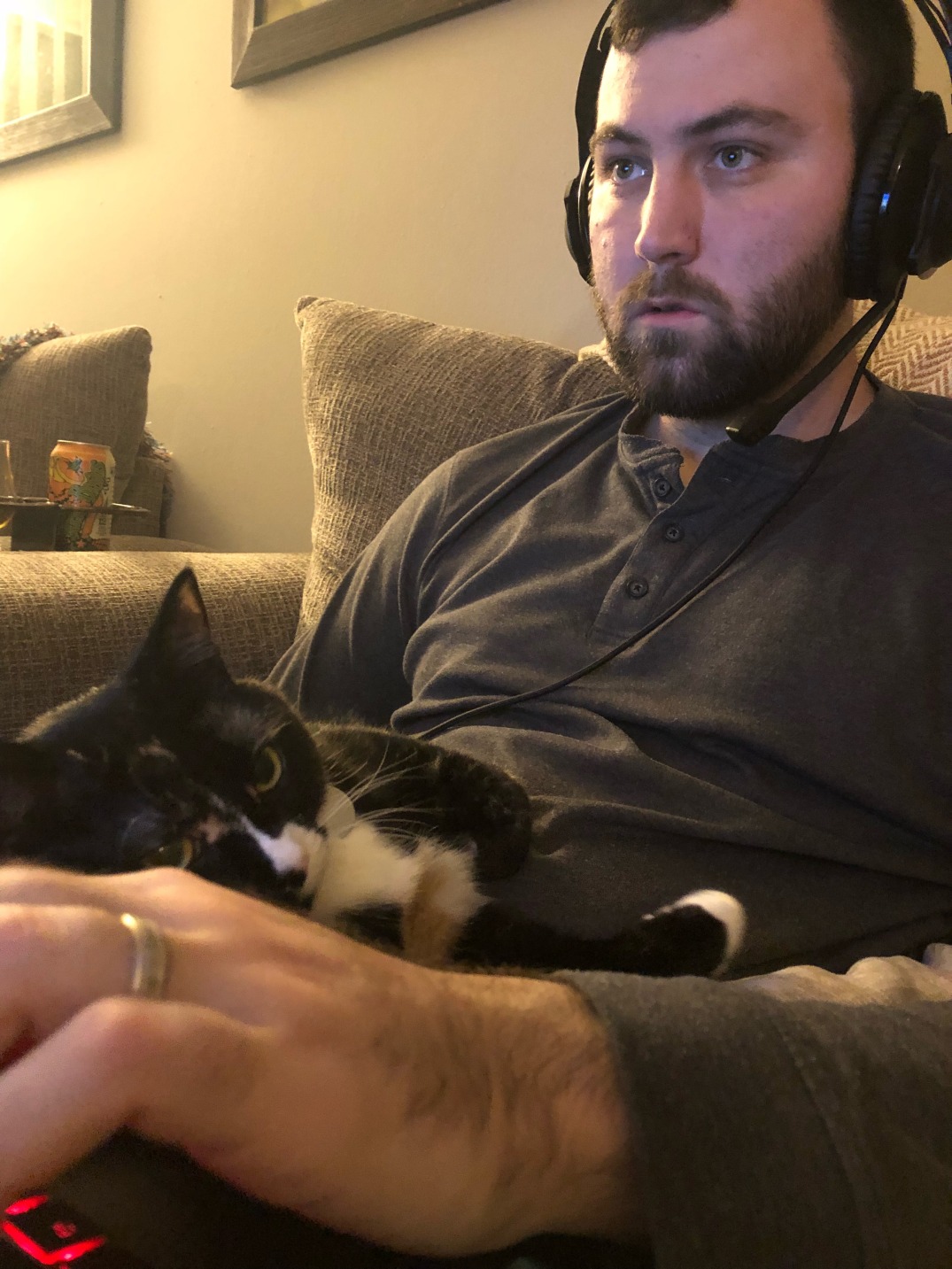 Needless to say, this NC state Fair was a tad different than years past, but it still holds all the wonder as before. I still made memories with the people I love, and still enjoyed the fried food and livestock shows as much as ever. NC State Fair, you are worth every mile I traveled to reach you, and while there’ a lot of changes happening in life right now, you stood pretty constant. 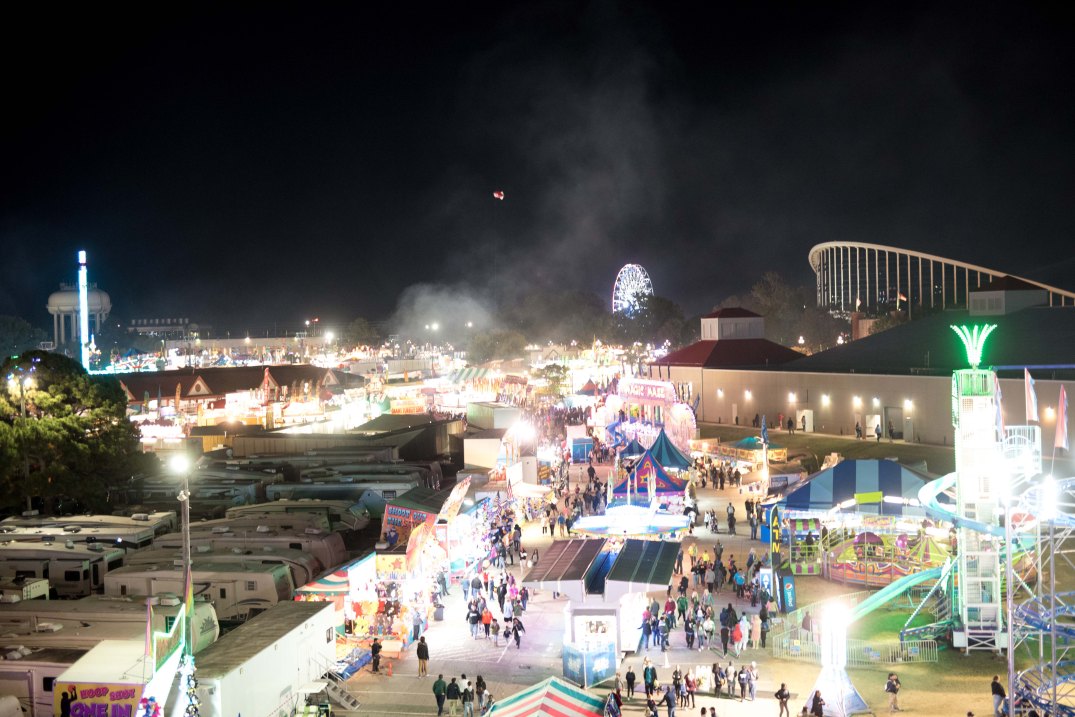 One thought on “A Different Kind of Fair: 2018 NC State Fair Recap”