It is amazing what a four day vacation does for the body and soul. For once, all of our spring breaks aligned on the same week, so the whole family took a trip to Virginia for a getaway. We started with a stay at Great Wolf Den Lodge and then traveled to Virginia Beach.

It amazes me how different beaches can be from place to place. We had never been to Virginia Beach, and it was definitely different than NC beaches or even Myrtle Beach. We had a great trip exploring the area, climbing lighthouses, and simply enjoying family time. Of course, pictures are better than words, so here are a few photos from our trip.

The boardwalk is filled with art and statues. This is Neptune and probably the most popular.

One of my favorite places we went to along the boardwalk was the Old Coast Guard Station. Daddy served in the Coast Guard for several years. When the lady at the museum found out he had served, they gave us free admission to the museum. How awesome is that?! There were a lot of really cool exhibits. Dad’s favorite was the “Bear” which was the ship he served on. 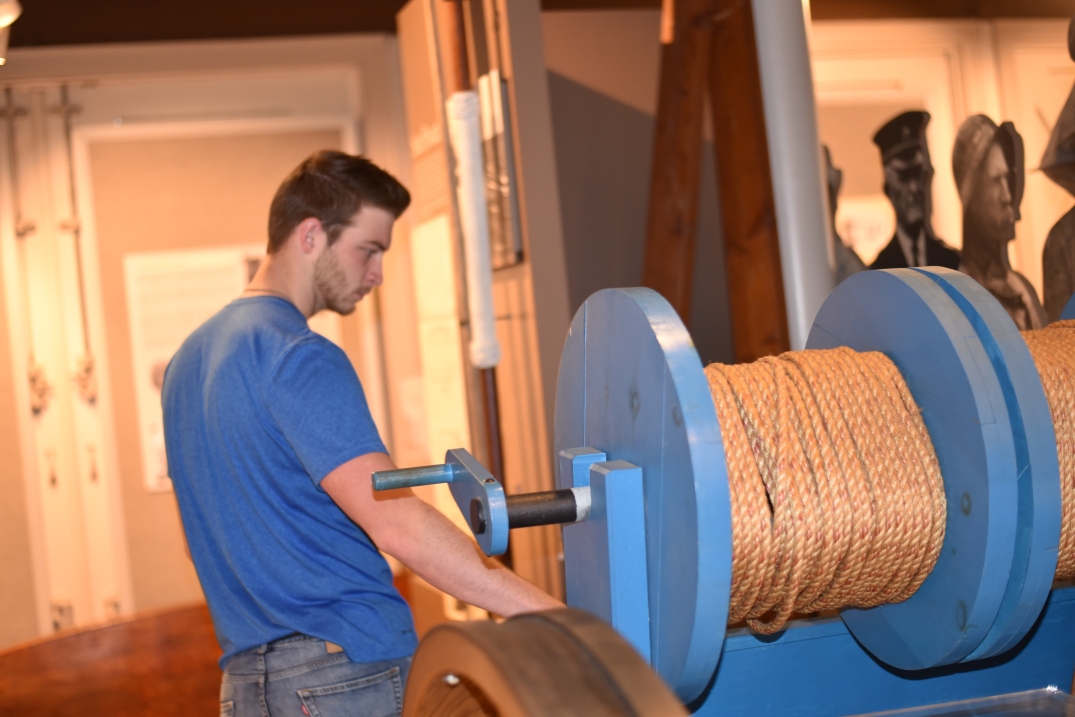 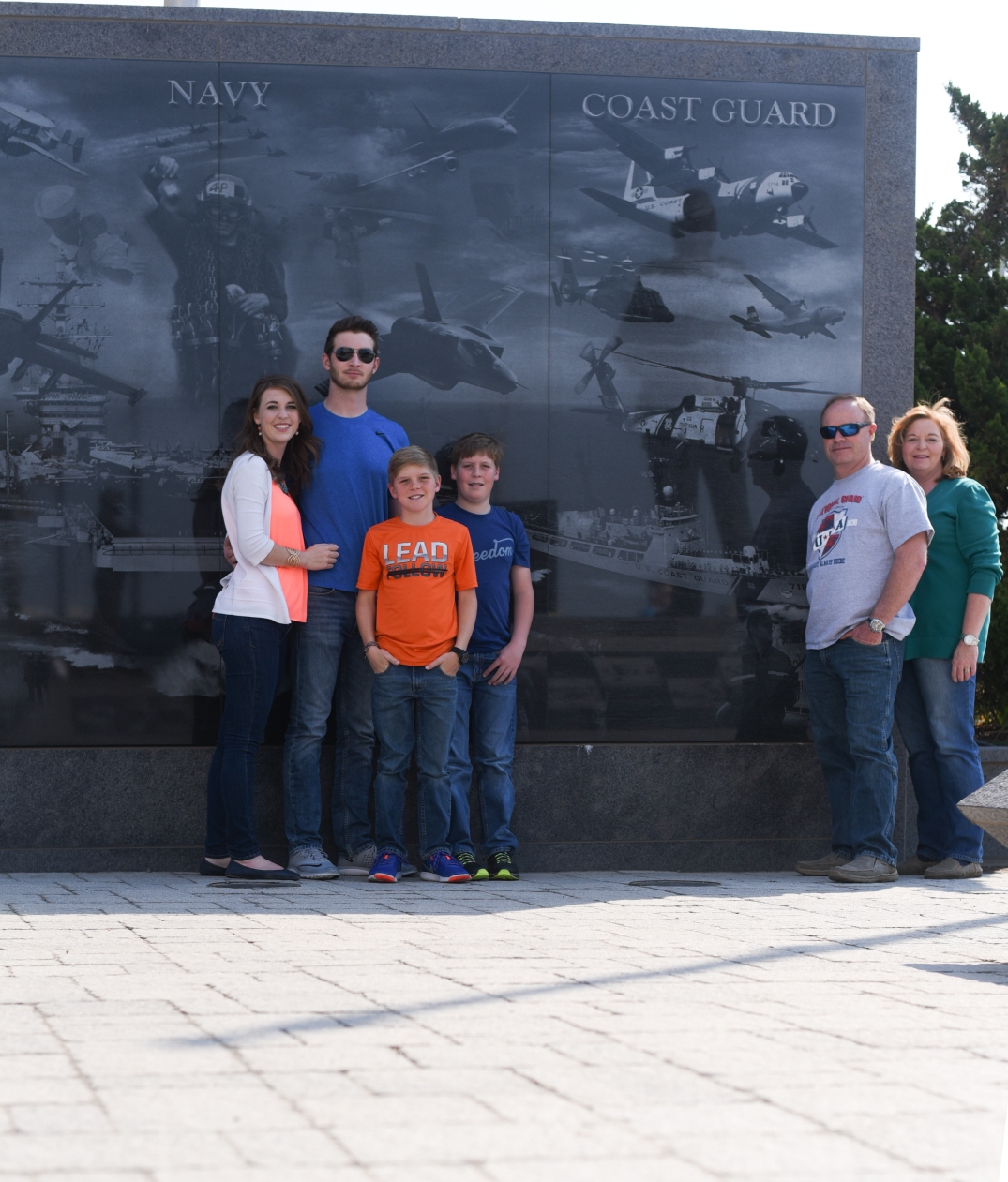 Keeping with a military theme, we went to Fort Story and climbed Cape Henry Lighthouse. Before we could climb the lighthouse, though, we had to be searched as it is an active duty base. I’m happy to report that we were allowed on base without incident. We also behaved while on base and did not get kicked off. We also got our exercise climbing the many stairs, but it was so worth it. 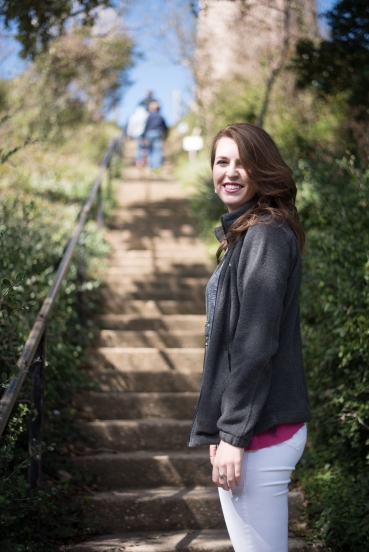 Cape Henry was the first federally funded lighthouse. George Washington issued the project, and it cost $17,000 back then. After serving for more than 100 years, a new one was built beside it. 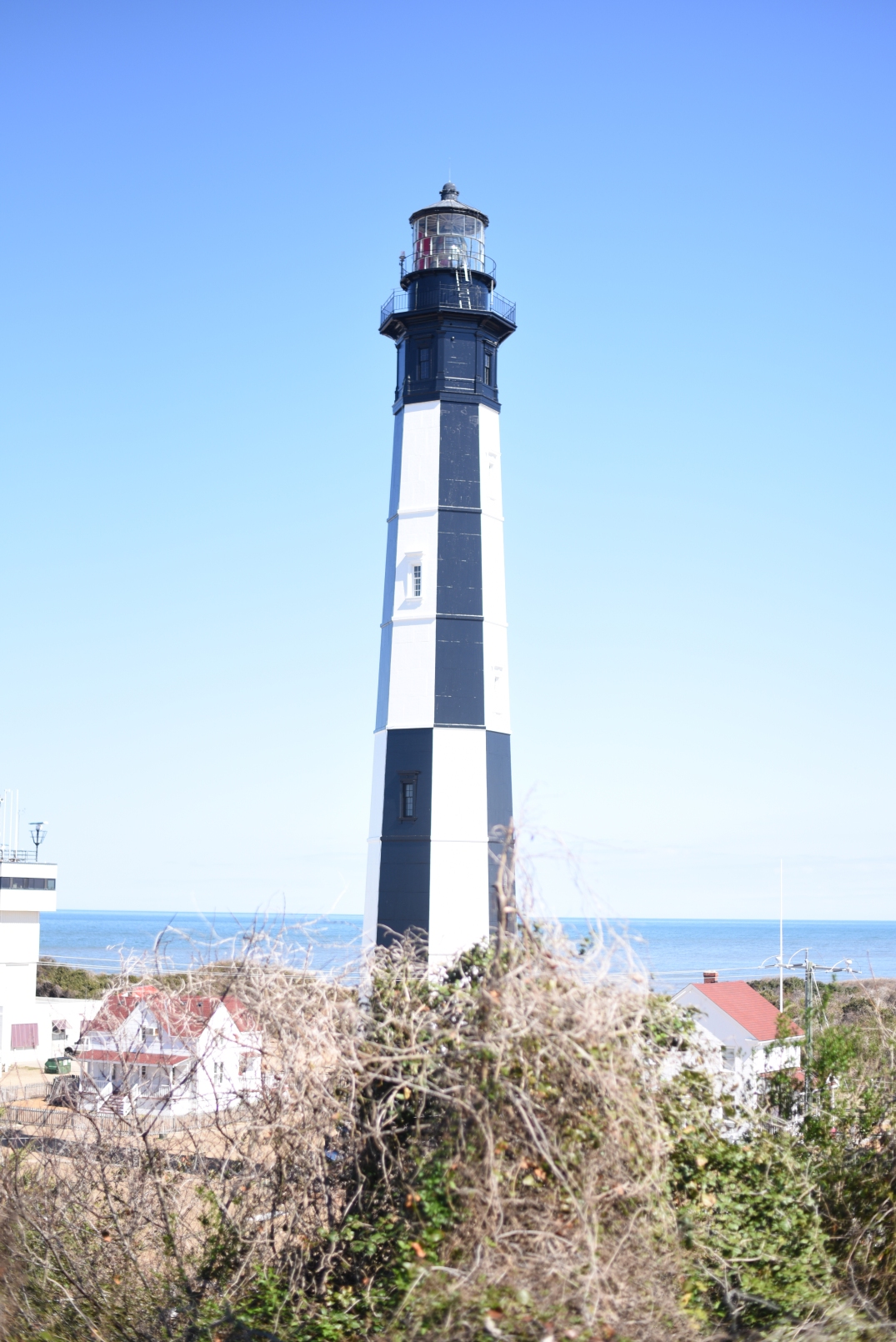 You cannot climb the new lighthouse, but you can climb the old one. So, up we went. After climbing lighthouses, we ate lunch on the Chesapeake Bay Bridge-Tunnel (best French dip sandwich ever!) 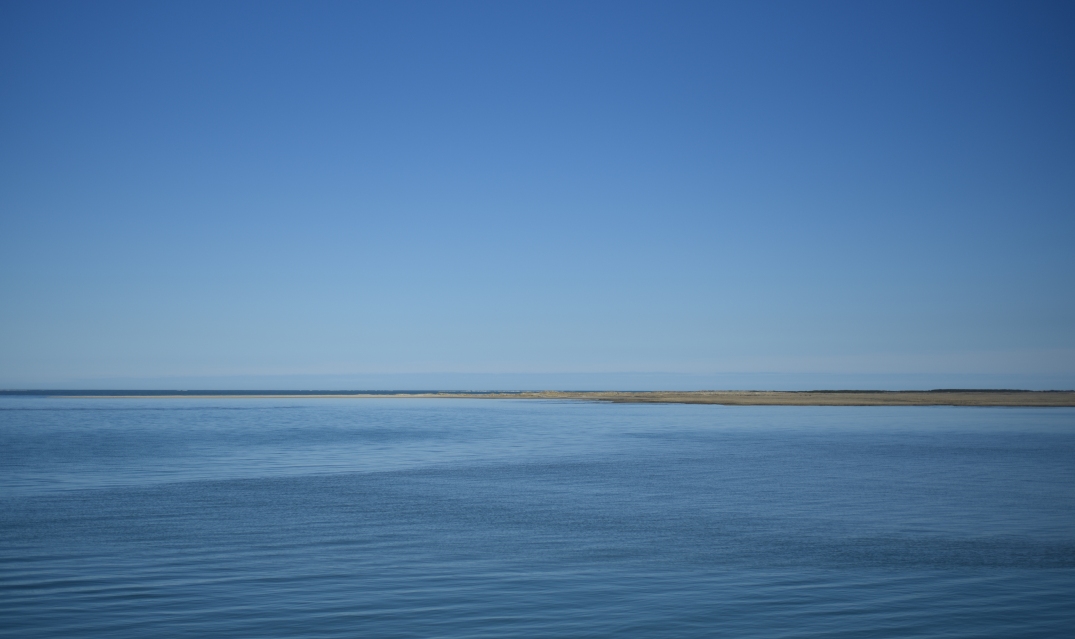 Once we got to the other side of the bay, we went hiking and discovered an old WWII bunker.

In the bunker was a giant canon that could shoot 25 miles. Past the bunker was an old cemetery and a beautiful view of a marsh. 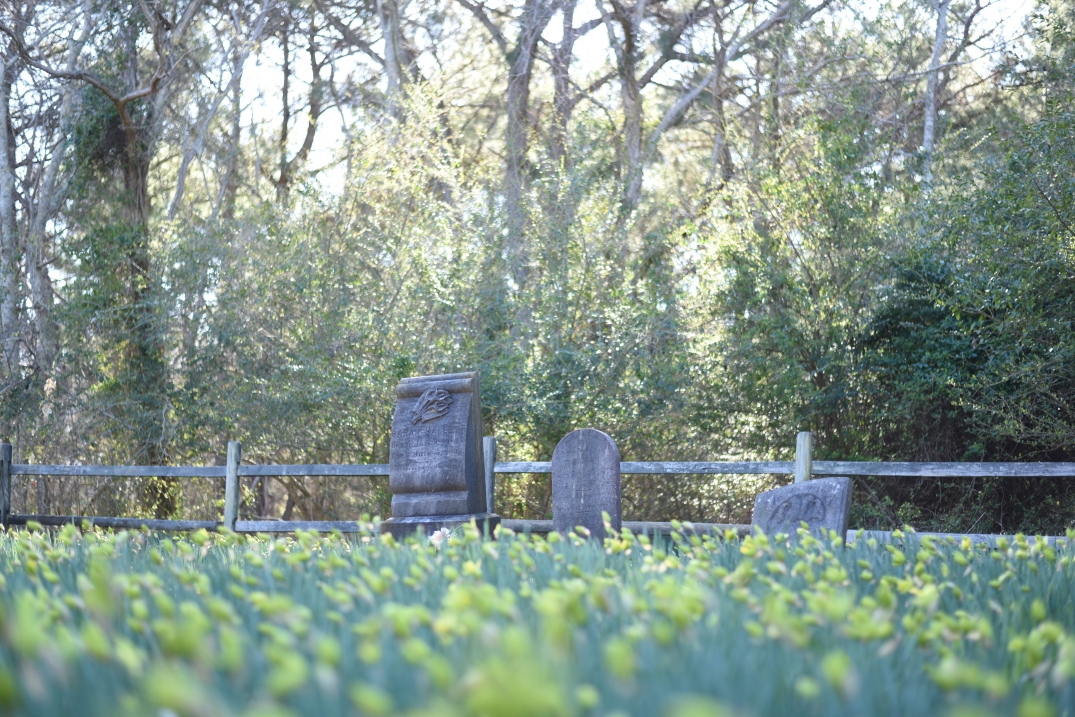 It was a fabulous four days. We ended the trip with a photo shoot at First Landing State Park. We laughed until we cried. Family time is always amazing!