For the past two years, I have had the privilege of getting to know the great group of guys that belong to the Alpha Gamma Rho (AGR) fraternity at North Carolina State University. I was introduced to them through my boyfriend, Garrett (for a post on what dating a fraternity guy is like, her is the link) who is a member of the fraternity.

What I love about this group, is they aren’t your typical fraternity. Sure, they like their tailgates and bow ties like any other good fraternity man would, but they also all have a common interest and passion in agriculture. So, while they are bonded in brotherhood, and all of have the commonality of being in college together, they are also bonded through agriculture. They don’t all have the same interests. Their majors include agriculture education, biological engineering, animal science, poultry science and everything in between. Some come from backgrounds of sweet potatoes and others come from pigs and cows. One thing is certain, they all love ag, and are all dedicated to both their fraternity and to the agricultural industry.

This weekend, AGR had their annual Founder’s Day banquet. This is an event to bring together AGR alumni from years past,  current brothers, and families of the brothers. It is a special day for all of the guys as they review both their struggles and achievements of the past year and share that with the alumni and their families. It only takes a few minutes in that room to know that the AGR men are passionate about their organization, each other, and an agricultural future. 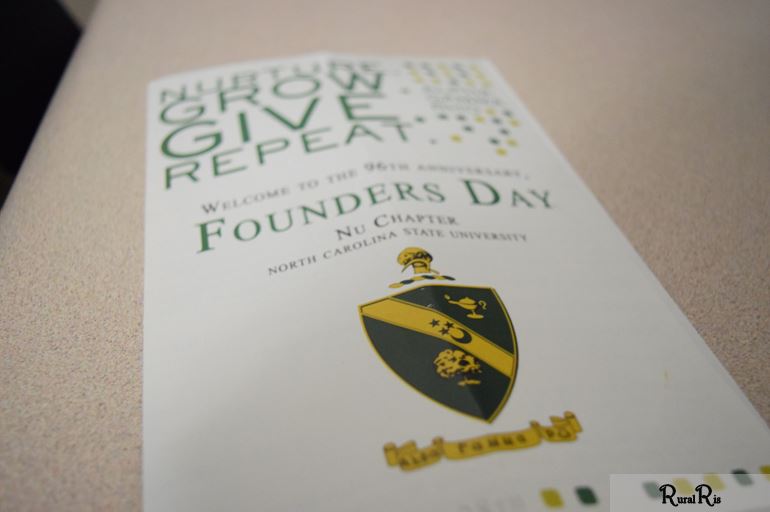 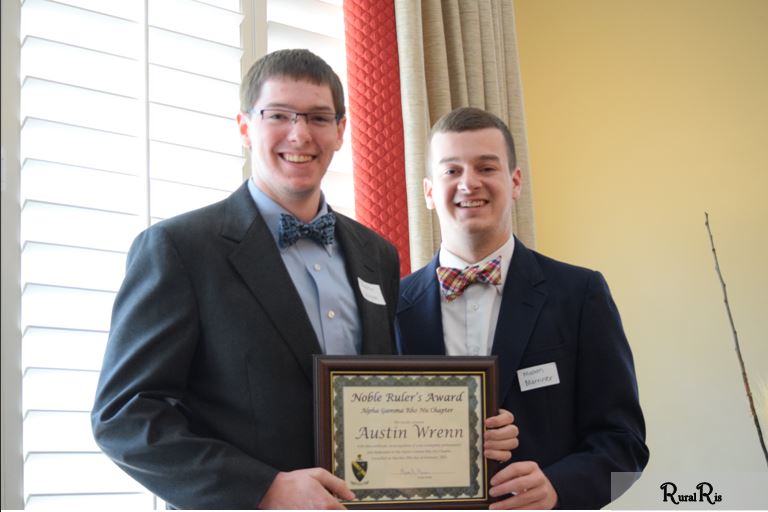 At the luncheon, there were two guest speakers–Jason Brown and Bryan Blinson. Jason Brown is a former NFL player, who has recently retired and turned to farming. Jason has gone from the football field to the farming field and is loving the change. He has a passion for growing food and then donating it to those who are hungry. Jason was very honest with the group that he was not an experienced farmer. He was still learning and was doing all he could to learn. The AGR guys announced that they planned on going to his farm and volunteering an entire day’s worth of work to help Jason. After the event was over, I heard many vocalize how excited they were in helping out.

The second speaker is also a local farmer. Bryan is heavily involved in the cattle industry and an AGR alumnus. He reminisced about his AGR experiences and all that it meant to him. Something that stuck out to me was when Bryan highlighted the uniqueness of AGR. He explained that in other settings, he was the only ag guy, and would get picked on, but when he joined AGR, he was surrounded by like-minded people who all had the same interest. AGR was not your typical fraternity.

In addition to being able to get to know the AGR men and attend Founder’s Day, I was also able to have a part in making the event happen. I was excited to be organizing centerpieces and decorations. After many hours on Pinterest (because that is the only logical way to prepare), Garrett and I decided on an antique theme. His grandma has countless antiques, so we borrowed two boxes filled with kitchen utensils, churns, jars, and so much more. I ordered wheat (this is an AGR symbol) and there was also pink roses purchased (another AGR symbol). I went out with my brothers and cut sticks from the woods as decorations too. I was so nervous that it wouldn’t come together, but it all turned out great! The antique pieces turned into many a conversation piece. I’m very thankful that the guys let me have some creative fun at their event.

The guys of Alpha Gamma Rho are a stellar group of men who are already doing some pretty awesome stuff in the agriculture world. With the 3rd highest fraternity GPA at the university and an award for excellent financial management, they take their responsibilities seriously. They truly fulfill their mantra of “Making Better Men.” Thanks guys for introducing me to “not your typical fraternity”