Our second day in Scotland was all about experiencing the city and our very first castle!

The first stop of the day was a quick one to Greyfriars Bobby. Bobby was a Skye Terrier who guarded his owner’s grave in the Greyfriars Kirkland for 14 years until he died himself.

After visiting Bobby, we headed to St. Giles Cathedral. It is as pretty inside as it is outside.

We continued make our way down to Edinburgh Castle, our main attraction for the day. We had time to kill as we had pre-purchased tickets to the castle at a certain time the night before. We went in the Hub which ended up  being a convention center of sorts. You’d have never thought that from the outside. 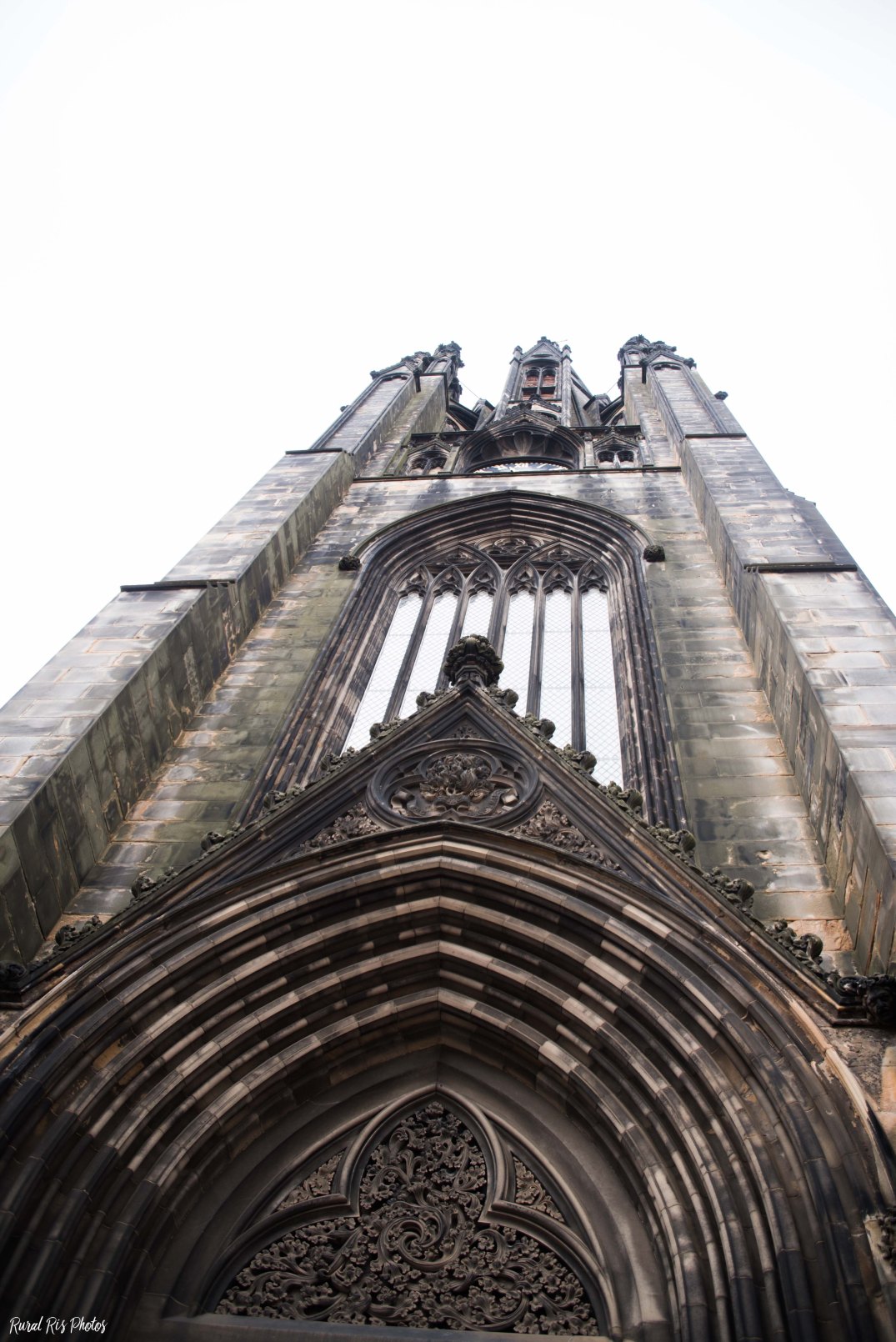 I saw a sign for Tartan Weaving Mill and just had to go in. 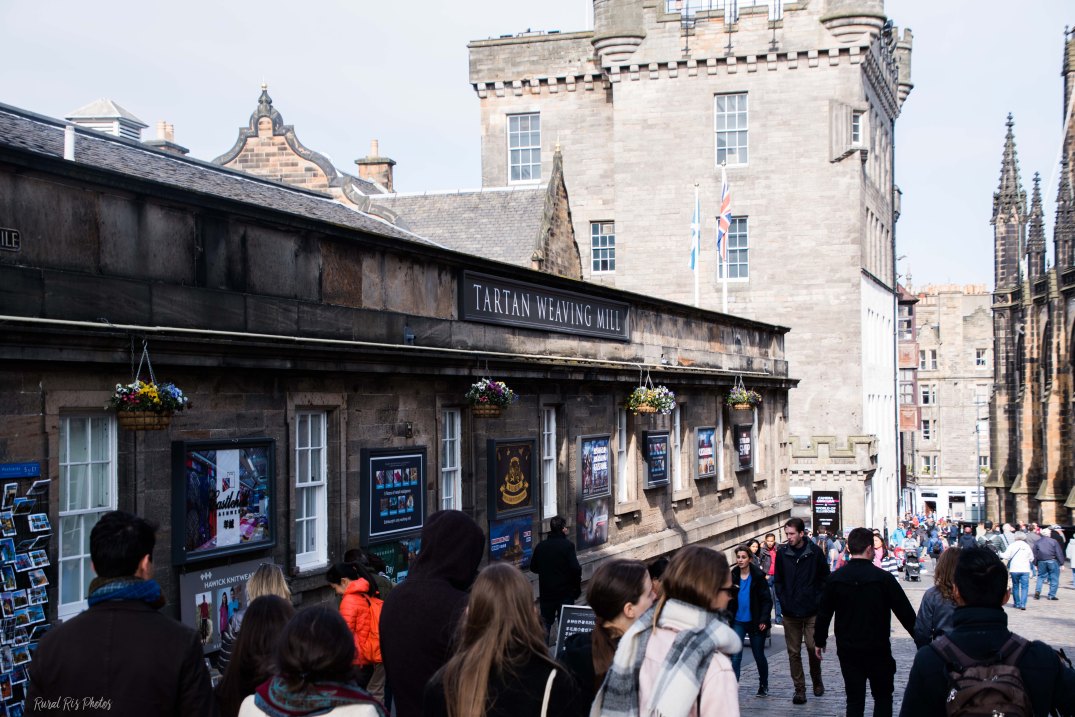 Here, we explored 5 floors of tartan, wool, weaving, shops, and the history of tartan. I purchased a scarf in my clan’s tartan. I’m a part of the Gunn Clan from my grandmother’s side. We then grabbed lunch at the cafe at the top of the mill where we ate the most delicious club sandwich! So good!

By now, it was time to enter the castle. Garrett and I were both pretty pumped to visit. Never did I realize there were so many nooks and crannies in a castle. It was huge and took the whole day to explore. We made sure to pay extra for the audio tour so we could hear additional information and stories.

In the castle, we were able to see the crown jewels which were lost for a few hundred years. How do you misplace such a thing? They were found and later buried again during World War II to safeguard against the potential of Nazi invasion. They are now back in the castle and on display.

We also saw the dungeons (my personal favorite) where you could see messages carved into the doors and learn about prisoners there.

Garrett appreciated the many cannons…

And we both appreciated the gorgeous views. 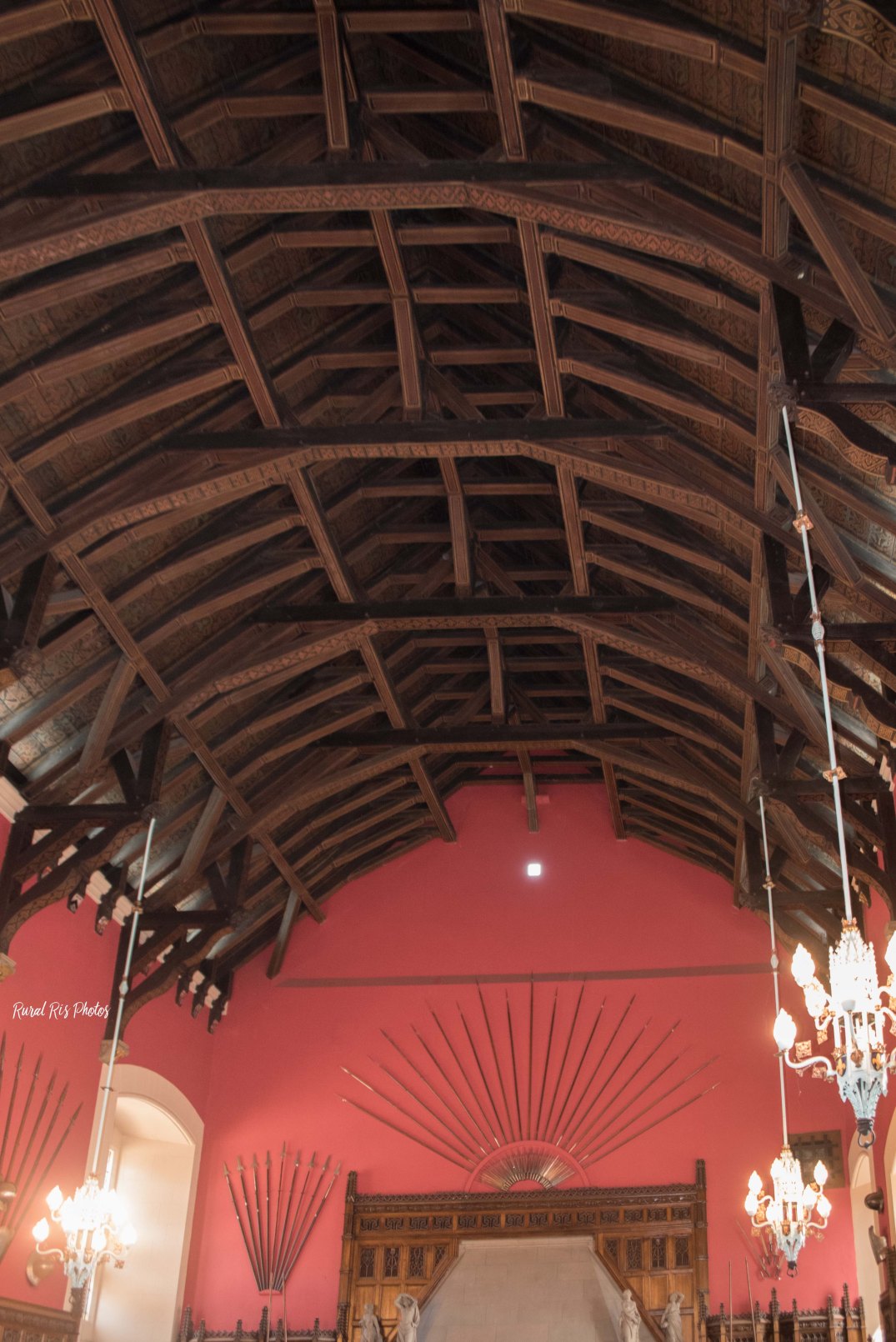 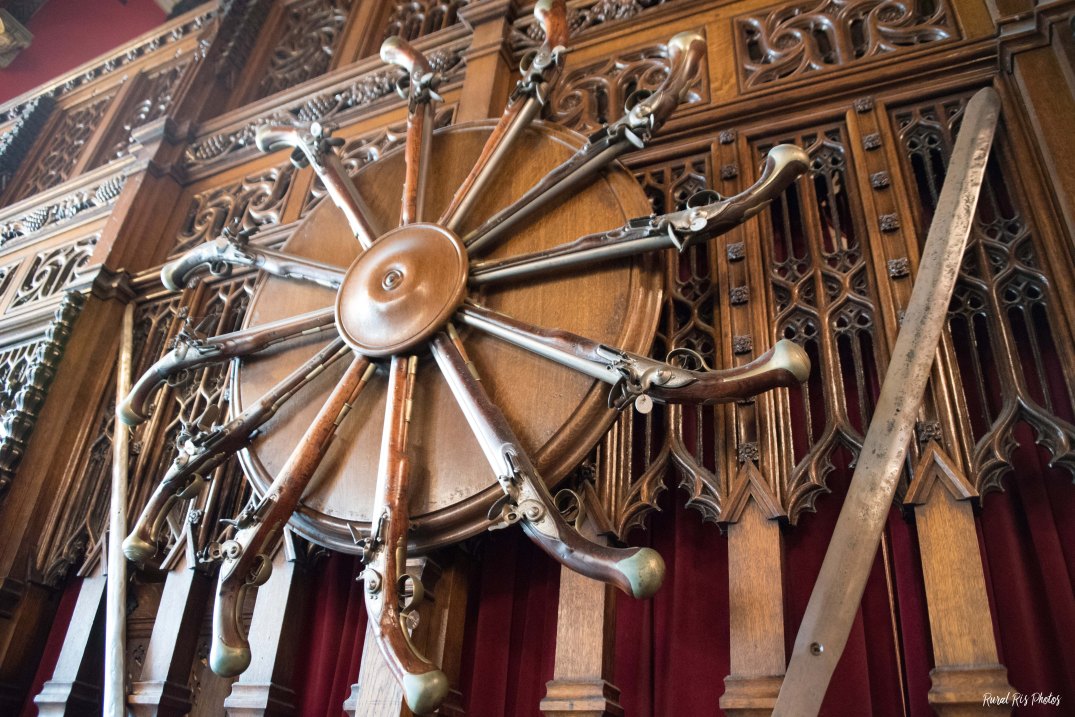 And a more modern prison.

We were warned that Scottish weather is typically cold and wet, but our second day in Scotland would prove to be the only cold day, and never once did it rain! We were quite fortunate.

We ended our day with a stroll in the city, tour of the world’s largest collection of single malt whiskey, more views of the castle, and dinner at Biblo’s. We delighted in a meal of soup, chicken, and potatoes with chorizo sausage in it. Delicious! 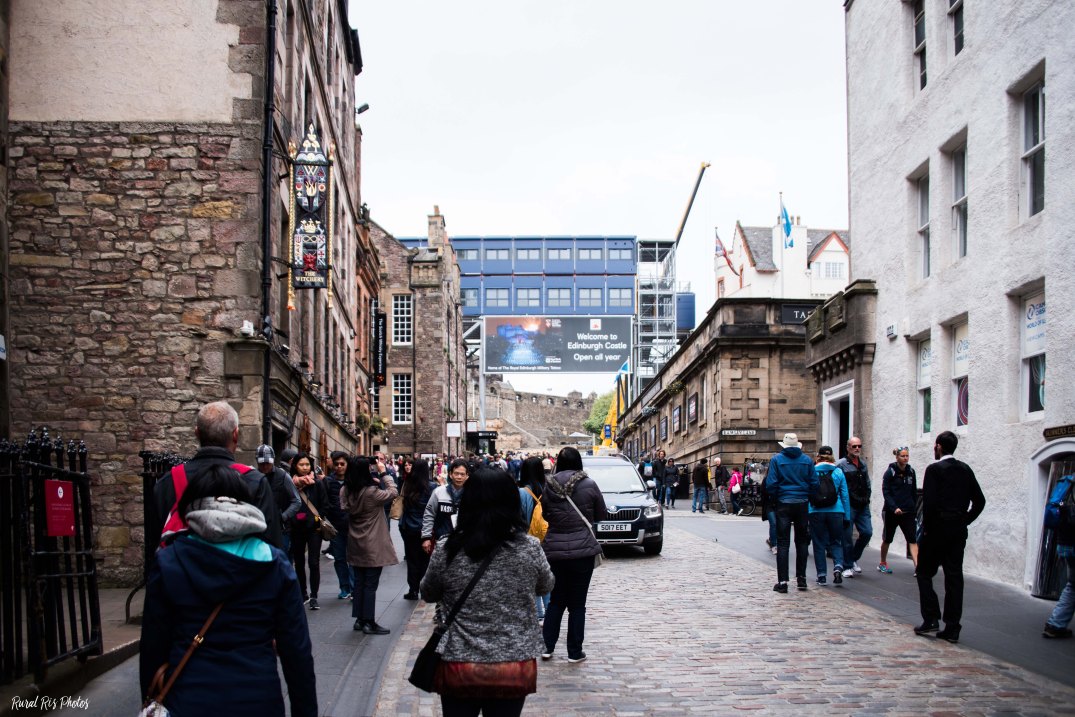 One thought on “Honeymooning in Scotland: Day 2”